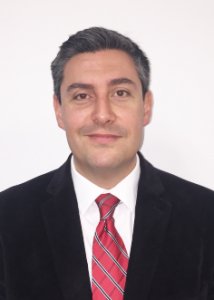 Thousands of residents of Imperial County, California and Mexicali, Baja California, Mexico cross the international border daily for work, school, shopping, and to visit their friends and families. Although an international border separates them, these two communities have inevitably become one in almost every aspect, given that they share common geographic, cultural, and commercial interests.

Along with these common interests, and particularly in the child support arena, it is quite common that legal questions, doubts, and issues arise when it comes to which country, state, or agency has jurisdiction to hear a child support case and enter, enforce, or modify a judgment.

For example, we often have custodial parents on both sides of the international border attempting to initiate legal actions for the establishment or enforcement of child support, however, the noncustodial parent lives and/or works abroad. This raises the question as to how a child support order can be established and where the action should be filed. If established in California, will it be enforced in Mexico? Similarly, we also run across situations in which parties have filed child support legal actions in both countries, which creates confusion as to which court has jurisdiction to proceed with the case and consequently, which country´s laws apply.

In 2008, the United States government became a signatory to the Hague Convention of 23 November 2007 on the International Recovery of Child Support and Other Forms of Family Maintenance. It was subsequently ratified on August 30, 2016, becoming effective in the United States as of January 1, 2017.

Although the federal government of Mexico is not a signatory to this treaty, the establishment, collection and enforcement of child support orders between Mexico and the United States is based on international reciprocity or commitment through URESA/RURESA (Uniform Reciprocal Enforcement of Support Act/Revised Uniform Reciprocal Enforcement of Support Act) and now UIFSA (Uniform Interstate Family Support Act). In practice, this means that a country is reciprocal with the other if the foreign country has similar procedural laws that provide for the establishment, collection, and enforcement of foreign orders. In the case of Mexico, its Federal Code of Civil Procedure and each Mexican state´s Code of Civil Procedure includes special chapters that allow the registration and enforcement of foreign orders in their territories.

Having clarified that the establishment of child support judgments and enforcement of foreign orders in Mexico is allowed under Mexican law, it leads us to an interesting concept: International Judicial Cooperation. What does this entail in child support cases? For one, it entails assistance from foreign courts in service of process for those cases where a parent or party is domiciled abroad and s/he must be personally served with the summons and complaint in that country. Likewise, it also entails assistance with the gathering of evidence abroad – evidence that can be located outside the US or Mexico territory, which is vital for each country’s child support case processes. Common examples of vital information needed are parents’ income sources, their employment and wage information, health insurance information, and property and bank account information, among others.

In these particular situations, as child support professionals, we now ask ourselves, how can we effectuate service on a US or foreign citizen residing abroad? How can we obtain evidence or conduct depositions over a party that is located in a foreign country? Do international treaties such as the Inter-American Convention of Letters Rogatory or the Hague Convention on the Service of Judicial and Non-Judicial Documents Abroad in Civil or Commercial Matters, as well as the Hague Convention on Obtaining Evidence Abroad apply? And if they do, what are the rules? Is there a difference between general and optional rules for the transmittal of Letters Rogatory under these Conventions and the internal laws of each country? The list of questions is endless.

Since mid-2011, the Imperial County Department of Child Support Services (Imperial DCSS) has taken an active role in forging relationships with judicial, legislative and executive authorities located in the State of Baja California, as well as the Consulate of Mexico in Imperial County. Although an excellent working relationship had already existed between the Consulate of Mexico and Imperial DCSS for a significant number of years, Imperial DCSS worked with various agencies in Baja California in addition to the Consulate by providing training on various issues like California child support laws and procedures, approaches to identifying common issues and questions regarding service of process and obtaining evidence abroad, clarification on foreign laws, and conflicts of law and jurisdiction as they pertain to establishment and enforcement. The hope was that answers and solutions to these topics would speed up the transmittal, establishment, enforcement and collection of child support applications and orders.

As a first step, and after detailed research and analysis on federal, state and local laws of US and Mexico, Imperial DCSS executed a Memorandum of Understanding (MOU) with the Consulate of Mexico in Imperial County in November 2012. The purpose of this MOU was to solidify the long-standing relationship between these two agencies, and delineate each agency’s responsibilities as it pertained to the receipt of child support applications from parents located in the city of Mexicali, Baja California, and transmitted through the Consulate of Mexico to Imperial DCSS. One additional vital aspect of this MOU has been the invaluable assistance by the Consulate in the coordinating and the gathering of DNA samples of parents and children located in Baja California, which are necessary for the establishment of parentage. Second, the Mexican Consulate’s assistance in processing immigration waivers in cases where the personal appearance of a child support obligee or obligor is vital in court has also been beneficial.

Former Consul Gina Cruz addresses the Imperial County
Board of Supervisors in November 2012.

Fueled by the State Department of Child Support Services’ focus on excellent customer service and State Director Alisha Griffin’s “is this good enough for me?” mantra, Imperial’s next step was to reach out to its counterpart child support agency in the state of Baja California: the Sistema para el Desarrollo Integral de la Familia (System for the Integral Development of Families), better known to all of us as “State DIF”. In addition to providing child protective and adoption services, State DIF acts as the state of Baja California’s Central Registry in child support and abduction cases. After various meetings in 2014 where the two agencies discussed their willingness to collaborate for the benefit of their mutual clients seeking speedy and reliable child support services, these two agencies executed an MOU in December 2014. The objective of this agreement, which was witnessed by the Consulate of Mexico in Imperial County, and the California Department of Child Support Services, was to outline a procedure allowed under Mexican federal law for the direct transmittal of applications for establishment, collection and enforcement of child support orders between Imperial County and the State of Baja California. The thought was that by bypassing the Mexican Federal Central Authority located in Mexico City, speedier establishment of support would follow. The agreement also includes provisions for cross-training of staff on both sides of the border regarding their administrative and child support court proceedings. 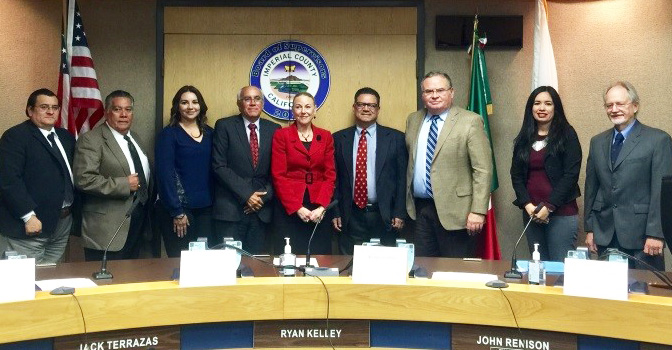 Finally, a third agreement between Imperial DCSS and the Baja California Supreme Court of Justice was a necessary element given that support from the judicial branch was indispensable for these processes to not only work, but for these cases involving children to be given priority. After an initial meeting in January 2016 with the then newly-appointed Chief Justice of the Baja California Supreme Court, Magistrado Jorge Armando Vasquez, a signing ceremony was held that following May. Besides the overall theme of giving priority to child support cases in Baja California and promoting communication between tribunals, the goals of this agreement are the following: 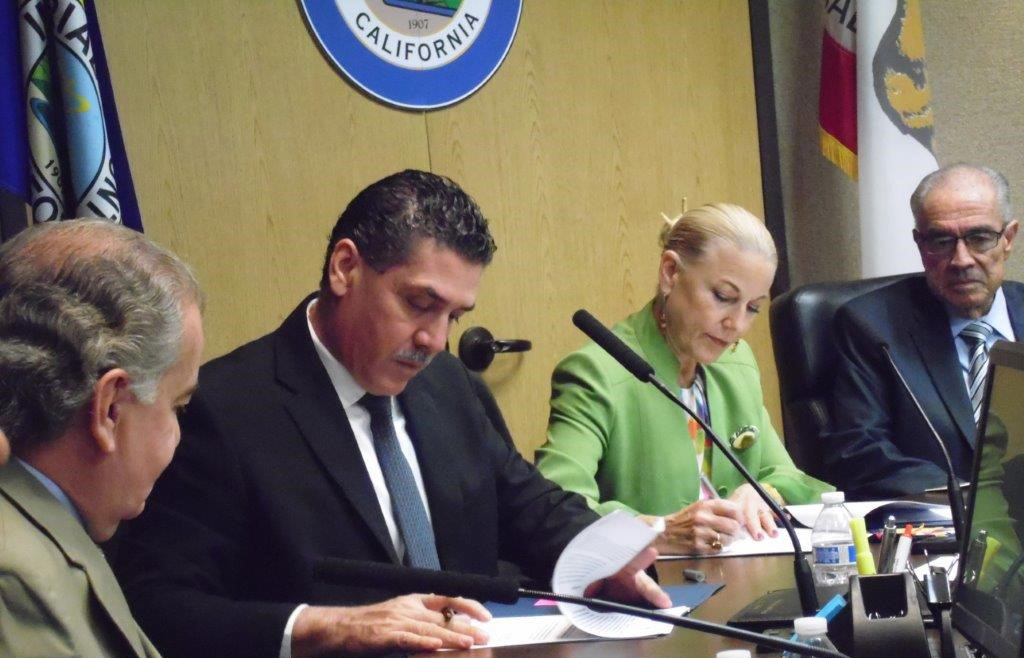 Overall, these agreements reached between Imperial DCSS and the judicial and executive authorities of Baja California have allowed better administration of justice across our borders. The direct contact with Imperial’s counterparts and the streamlined process of child support applications for establishment, collection and enforcement by going directly through State DIF has helped alleviate the confusion caused by numerous differences between the U.S. and Mexican legal systems, where for example, cases are conducted primarily through written pleadings, no jury system exists, and where the law provides that grandparents may be ordered to pay child support.

These agreements have been approved by Mexico’s Federal Central Authority, which is overseen by the Ministry of Foreign Affairs, and who last year invited State Director Alisha Griffin, along with Imperial DCSS Assistant Director Liza Barraza, and the undersigned, to hold a conference in Mexico City regarding these processes to child support stakeholders in Mexico. The conference, held in September 2016, was attended by Mexican family law state judges, DIF State Directors from the entire country, regional offices of the Ministry of Foreign Affairs, and NGO representatives of Mexico’s 32 states. It was also live-streamed to all of Mexico’s 50 Consulates located in the United States over those two days.

In addition to providing training about the California child support program’s laws and policies, the Hague convention, and the iSupport case management system, this conference provided an opportunity for child support professionals in Mexico to take important first steps toward adoption of the Hague convention. Pending a decision by the government of Mexico on the adoption of the Hague Convention, several state dignitaries in Mexico have expressed an interest in executing similar agreements to streamline their cases with the United States. Without knowing what the future holds in Mexico with regard to its international child support processes, Imperial continues to work on these existent partnerships and is optimistic about future collaborative opportunities to further improve child support services to families on either side of the border. 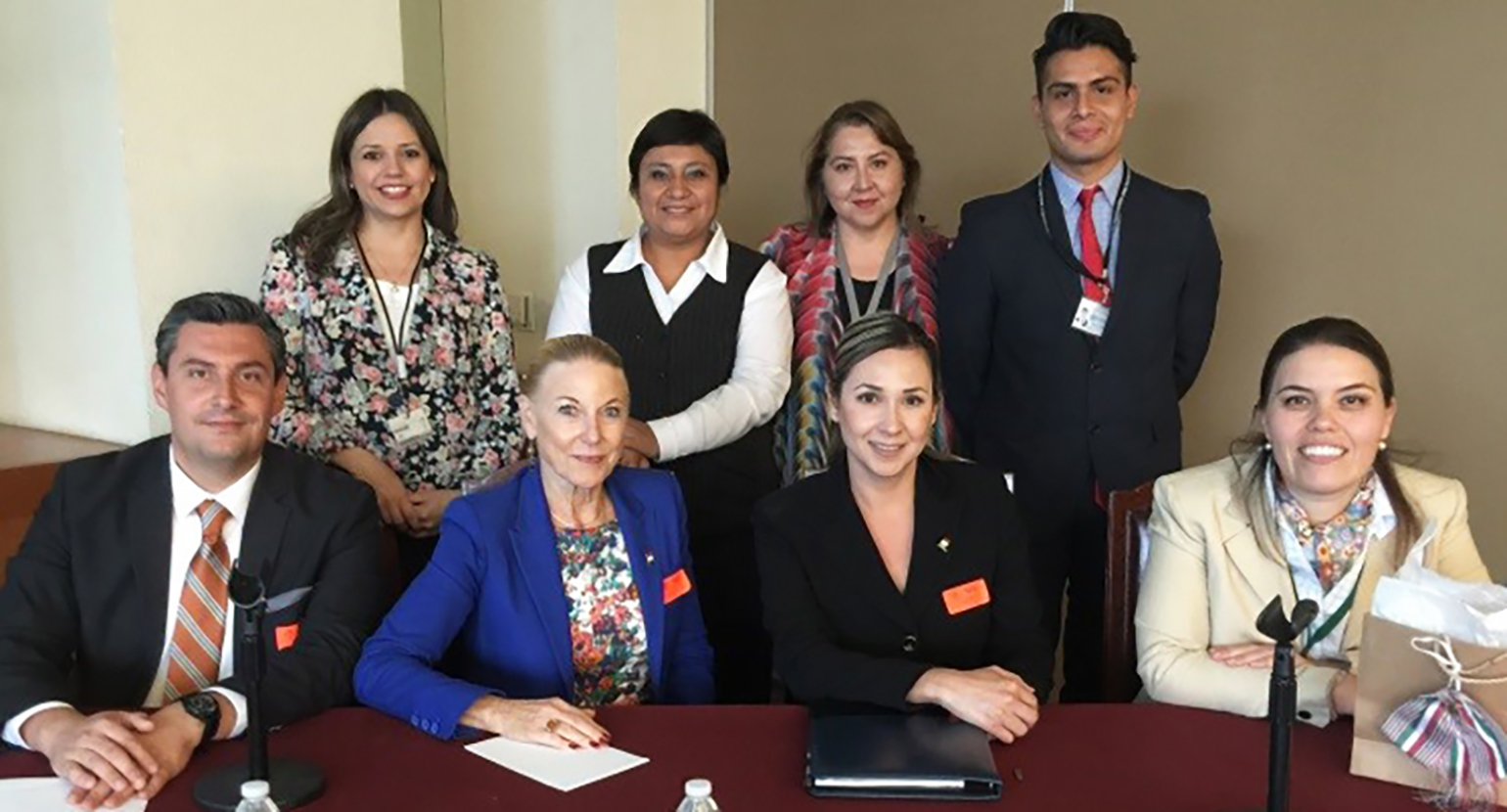 Photo of the September 2016 Mexico City Conference on UIFSA 2008 and the International Collection of Child Support between Mexico and the United States. Pictured are (bottom, left to right) Guillermo Fernandez of Imperial, Alisha Griffin of California DCSS, Liza Barraza of Imperial, and Maria Cristina Oropeza, Director of the Family Law Department for Mexico’s Ministry of Foreign Affairs along with some of her staff members (standing).