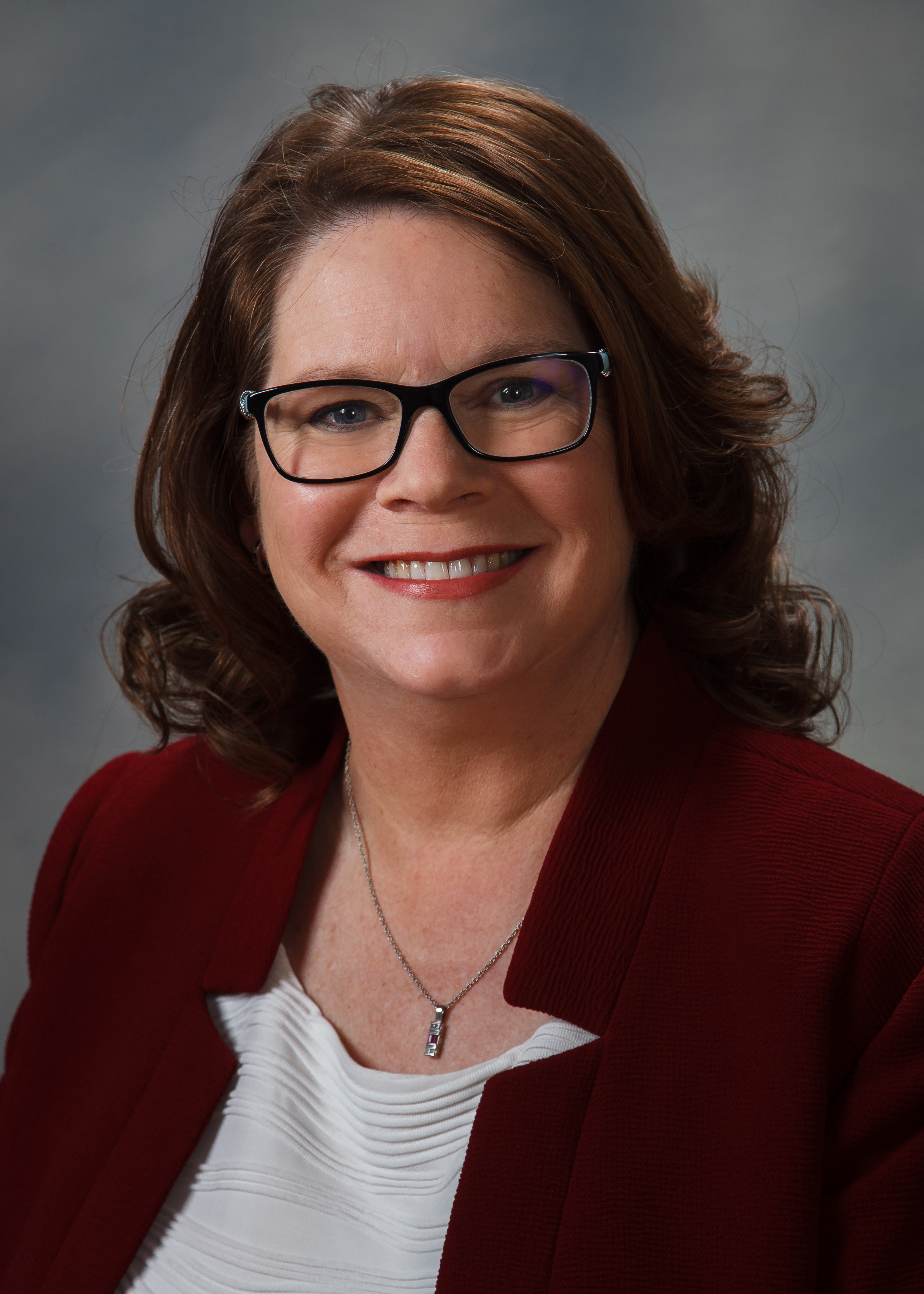 The Office of Child Support Enforcement (OCSE) has published the Flexibility, Efficiency, and Modernization in Child Support Enforcement Programs Rule (the Final Rule). Released December 20, 2016, the final rule is designed to improve and simplify program operations, modernize the child support program by expanding the use of available technologies, and remove outmoded limitations to program innovations to better serve families. The final rule’s impact will be to create consistencies and greater flexibility for state child support agencies throughout the nation by amending a variety of federal rules, some of which are 35 years old.

We will review a brief history of how we got where we are today, look at what was proposed originally, and what the final rule will bring us. Lastly, we’ll talk about some timeframes and when we can look forward to some of these changes being implemented. The State, with input from the CSDA’s Policy, Program and Regulations (PP&R) Committee, is working quickly to review the final rule, assess impacts and make determinations on next steps, such as identifying changes to policy or legislation. We will provide regular updates on progress through the CSDA membership meetings.

OCSE began working on updating the child support program regulations as early as 2011. I can recall hearing the acronym “NPRM” being referenced in 2012 and as a new director, I had to ask what it was. The NPRM was the Notice Regarding Proposed Rulemaking, which outlined the changes to the program’s regulations being considered. After years in development and review, the NPRM was formally released for public comment in November 2014.

That document detailed a number of policy changes and the associated research and supporting justification for each proposed change. Several key changes included considering the non-custodial parents subsistence needs when establishing child support orders. The NPRM noted that non-custodial parents are more likely to comply with the child support order and continue to pay when that order is based upon their ability to pay. OCSE cited the Orange County Department of Child Support’s 2011 report entitled How Do Child Support Order Amounts Affect Payments and Compliance as one of the evidence-based arguments in support of this policy change.

The NPRM clarified that a non-custodial parent’s incarceration could not be considered voluntary unemployment nor could a state continue to charge a current obligation during the term of incarceration. In response to the U.S. Supreme Court decision in Turner v. Rogers, 564 U.S. 431 (2011) the NPRM proposed modifying the guidelines for setting child support awards to include an obligor’s actual ability to pay, particularly if additional enforcement efforts, such as contempt actions, were pursued.

Other policy changes recommended were to simplify Income Withholding Order payment processes to lessen the burden on employers; allow states the option of providing limited services to applicants; permit state child support programs to use their existing federal allocations for job services programs and encouraged local agencies to include custody and visitation terms in the child support orders, based upon specific circumstances. The NPRM also proposed creating greater flexibility for state child support agencies in relation to case closures, and proposed modernizing policy regarding medical support and tribal IV-D agencies.

Two years later, with over 2,000 public comments submitted, the NPRM was found to be well received and strongly supported. OCSE did make a number of adjustments to the final rule in response to comments received. The final rule is broken down into three main topics: Topic 1: Procedures to Promote Program Flexibility, Efficiency, and Modernization; Topic 2: Updates to Account for Advances in Technology; Topic 3: Technical Corrections.  I will highlight some of the key outcomes from the final rule with the specific section in parenthesis included as a reference.

States may comply any time after the effective date of January 19, 2017, but must before the final compliance date which is 60-days after the issue date or February 21, 2017. There are a number of exceptions to the compliance timeframe depending upon the complexity of implementing the change. For example, if it requires new legislation, a state is permitted a compliance window to accommodate their legislative cycle. California has a two-year legislative cycle. It is important to note several sections, including the case closure guidelines, are optional to the states, so no specific timeframe is associated to implementation of the optional requirements. The full text of the final rule can be found in the Federal Register, Volume 81, Number 244.

As noted in the NPRM, the final rule will provide consistency for employers complying with income withholding orders. All IV-D and non-IV-D payments made by income withholding orders must be paid through the State Disbursement Unit (SDU) (Sec. 302.32). Based upon concerns regarding the need to modify state systems and costs associated with those changes, the concept of limited services has narrowed in scope to be available, at a state option, to paternity-only intrastate cases. (Sec. 302.33(a) (6)).

In an effort to ensure that families receive the collections disbursed, the final rule requires that any payment payable to the family will be made directly to the resident parent, legal guardian, caretaker relative, conservator, or alternate caretaker designated by the custodial parent (Sec. 302.38). This concept of ‘family first’ was described in the NPRM as a clarification of the responsibility of state IV-D programs to disburse child support to the families, not to private collection agencies the family may have independently contracted with. The new language in this section is specific to the addition of conservator and alternate caretaker and more work will be necessary to determine how local agencies will add these participants to CSE.

The final rule provides the requirement that the child support guidelines must provide the child support order is based on the noncustodial parent’s earnings, income, and other evidence of ability to pay that takes into consideration the basic subsistence needs of the noncustodial parent. The NPRM defined subsistence as, “the minimum (as of food and shelter) necessary to support life.” It also prohibits the treatment of incarceration as voluntary unemployment when establishing or modifying support orders (Sec. 302.56). The proposed expansion of IV-D services to include parenting time provisions in the child support order was removed from the final rule based upon public comments. The changes to the guideline will be incorporated into the quadrennial review process, either the current efforts or no later than within one year after the completion of the next quadrennial review.

The concept that the NPRM had proposed allowing state child support agencies to provide job services was well received but OCSE notes in the final rule a decision to withhold this provision for further study and for later consideration and implementation. The final rule also deleted the proposed regulation allowing states to recognize parenting time provisions in child support orders.

The final rule added a section (303.40) not included in the NPRM which potentially expands child support program authority in the establishment of support obligations. The section requires states to take reasonable steps to develop a sufficient factual basis for the support obligation. When earning and income information is not available, states can gather available information about the specific circumstances of the non-custodial parent to determine an imputation of income. This would be a significant change in California, as currently only the Courts have the authority to impute income. Compliance with this section is aligned with a state’s quadrennial review process.

The final rule standardizes the civil contempt process (Sec. 303.6) and provides protections as mandated by Turner v. Rogers. Prior to pursuing a contempt, states must screen the case for information regarding the non-custodial parent’s ability to pay, provide the court with such information, and ensure that clear notice was given to the non-custodial parent that their ability to pay constitutes the critical question in the civil contempt process.

The most significant regulatory changes in the final rule were to case closure. The current regulations around case closure originated in 1989. A lot has changed since then! Per the NPRM, the goal of the proposed case closure regulations was to assist states with directing their resources towards cases where collections were possible and to provide families with more control over whether to receive child support services.

The final rule adds language to clarify that a state is not required to close a case that is otherwise eligible to be closed (Sec. 303.11). The new regulations are designed to give the state the option to close, but not mandate closure. Several new closure options include:

The final rule also allowed states the option of greater flexibility in use of Federal financial participation (FFP) funds (Sec. 304.20). Costs associated to bus fare or other minor transportation expenses to allow participation by parents in child support proceedings and related activities, such as genetic testing appointments, are now allowable costs. FFP is also available to increase pro se access to adjudicative and alternative dispute resolution processes in IV-D cases. Lastly, FFP can be used for the educational and outreach activities intended to inform the public, parents and family members, and young people who are not yet parents about the child support enforcement program, responsible parenting and co-parenting, family budgeting, and other financial consequences of raising children when the parents are not married to each other. As this is optional, further direction will be needed from the State on California’s decision related to expanding allowable use of FFP.

The final rule has been a long time in coming and the program will benefit from the many new regulations, enabling state and local programs the flexibility to maximize technology and provide better service to our customers. Look forward to regular updates on our program’s progress implementing these changes!