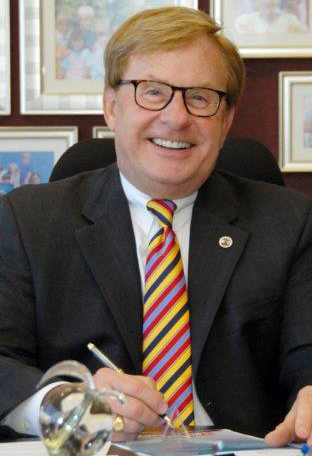 Since its very inception in 1975, Title IV-D has provided incentives to state child support programs as a means to encourage outcome improvements. In the early years, those incentives were based solely on welfare collections. An expansion of the law in 1984 added non-welfare case collections when calculating performance incentives. The most significant change to child support incentives payments occurred in 1998 via the Child Support Performance and Incentive Act (CSPIA).

Specifically, and for the first time, incentives payments were connected to a state’s performance in five (5) areas; paternity establishment, establishment of child support orders, collections on current support due, cases with collections on arrears and cost-effectiveness.  Other critical aspects of CSPIA included a capped pool of incentives, an enhanced reliance on collections levels, a calculation methodology based on incentive percentages and a data reliability audit requirement necessary to qualify for each measure. FFY 2002 was the first year in which states received incentives based on the methodology.

Child support is only one of a few federal programs to receive part of its funding based on performance outcomes. Incentives payments must be earned. Overall performance results nationwide, since passage of CSPIA have improved significantly. To the extent that improvement is largely related to the revamped incentive system is debatable. Nonetheless, it is difficult to discount the relevance and importance of a carrot approach to improving outcome in this program.

However, here’s the glitch. Everyone is treated the same in this scenario, regardless of local circumstances. As early as 1999, the National Conference of State Legislatures (NCSL) warned about the problems associated with comparing dissimilar entitles. Specifically, the NCSL Issue Brief “Accurately Evaluating State Child Support Program Performance” stated:

“States should not compare their program’s performance to a state with a program operating in a completely different political landscape or cultural/ socioeconomic context. For example: the states of Texas has a large caseload, shares an international border, and has vast cultural and socioeconomic diversity among its residents – comparisons with a small Midwestern state or wealthy northeastern state might prove counter-productive.”

The 1998 CSPIA required a report on how various demographic, economic and programmatic factors could affect state performance in child support. In 2003, the Federal Office of Child Support Enforcement (OCSE) contracted with the Lewin Group to conduct that analysis. They issued their final report in August of that year and found “conclusive data that demonstrated that there were circumstances and situations other than state efforts that may affect how well or poorly a state may perform on incentive measures.”

Specifically, the Lewin Group study concluded that there were twelve (12) explanatory variables that had potential relationships with child support performance. Those variables were:

They reported that no factors were found that related to all five (5) measures. However, a sampling of their analysis revealed interesting correlations such as:

Notwithstanding the conclusions in the Lewin Group report, the Secretary of Health and Human Services recommended in a message to Congress that:

“No alterations be made to the child support incentive system with the intent of adjusting for demographic, economic and programmatic differences among the states. We acknowledge that there are circumstances and situations other than state efforts that may affect how well or how poorly a state may perform on incentive measures.…”

In all fairness, a principal reason for not accepting the report’s recommendations had to do with very recent implementation of the performance based system and a need for more time to study the system’s impact under full implementation. Well, it’s now almost two decades since Congress passed the CSPIA and well over 14 years since OCSE began paying out the incentives. We have considerable data by which to evaluate the effectiveness of the incentive approach and numerous studies related to the impact on outcomes.  I think it’s time to reevaluate the current system and to develop an alternate approach that would take economic, demographic and programmatic variables into consideration when awarding the incentives.

Is it fair that California is considered to be equal to North Dakota when divvying up the incentives? California has an unemployment rate of 12.4% and North Dakota sits at 3.7%. That simple fact alone highlights the inequity of a system that rewards for collections.  Would anyone argue that there are more employed non-custodial parents, percentage-wise, in North Dakota than in California? In FFY 2008, North Dakota’s percent of current support collected was 75.85% and California ended that same year at 52.84%. Was the employment factor the only reason for the difference in outcomes?  Probably not, but there likely were numerous other demographic, economic and programmatic differences between the two (2) states and their child support program.

Looking at other data, in FFY 2008, the percentage of the IV-D caseload on assistance in North Dakota was 9%. During that same time period, the current assistance caseload in California’s IV-D program was 24%. Again, I would point to the current support results highlighted in the prior scenario. The Manpower Development and Research Corporation (MDRC) concluded in their report titled “The Interaction of Child Support and TANF” that current welfare receipt is associated with a reduced likelihood of having an order in place and of receiving payments. My intention is not to single out these two (2) states for any reason other than to show the seeming inequity of putting both of them in the same incentive pool.

Federal job training programs have, for decades, used an adjusted performance measure strategy to account for local differences. There has long been an acceptance and understanding of the fact that program outcomes in social programs are usually influenced by uncontrollable factors like local economic conditions. Using a sophisticated regression model, the job training experts selected potential adjustment factors, similar to the ones identified by the Lewin Group in 2002.  They then estimated the influence of potential factors on performance outcomes by running a regression with performance outcomes as dependent variable and potential adjustment factors (e.g., unemployment rates) as independent variables. Statistically significant regression parameters were then selected as adjustment factors and the regression coefficients became adjustment weights.

I would argue that this same approach could be used in child support to level the playing field once and for all. Anyone who has ever played golf knows about the concept of handicapping so that two (2) golfers of different levels of skill can play competitively. Why can’t we do the same thing in child support?

A dose of political reality needs to be added at this point in my argument. A change of this magnitude will clearly result in a situation where there are winners and losers. How will those adjustments be made to ensure continued stability of the program nationally? Additionally, any incentive payout that requires data from multiple sources will be subject to interpretation and question.  How quickly can the data be collected?  How many years out from actual performance can adjustments be made to reflect current conditions?  How will it be possible to develop budgets when there will be uncertainty relative to funding availability?

I am not proposing to have the answers to these provocative questions. However, I do believe that it is time to begin a national dialogue on this subject.  It is time to rethink the approach to child support incentives? Yes, I believe it is.