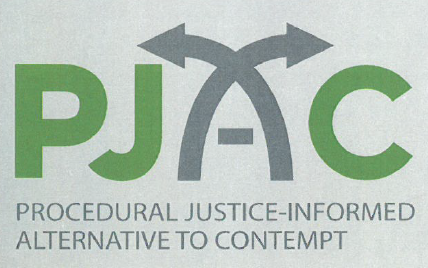 In October 2016, the California Department of Child Support Services was awarded the Procedural Justice Informed Alternatives to Contempt (PJAC) Section 1115 Demonstration Project Funding from the federal Office of Child Support Enforcement (OCSE). The PJAC demonstration is taking place in six jurisdictions across the country, and the Inland Empire region of Southern California (San Bernardino and Riverside counties) is one of the six sites.

Procedural justice centers on the idea that individuals’ perception of the fairness of an administrative or legal process, and how they are treated during the process, greatly impacts the likelihood they will comply with the outcomes of that process. There is a significant body of research, both from criminal and civil legal practice, demonstrating the impact procedural justice has on long-term rule following behavior. In short, while people like to win in their legal proceeding, they care even more about how they are treated during the process.

The five key elements of procedural justice include:

Procedural justice isn’t “just being nice,” and it doesn’t mean less accountability. Its goal is to promote long-term compliance with legal rulings or decisions, something that we all want in child support.

During the first year of the project, OCSE worked closely with all sites to complete a comprehensive planning process to develop the PJAC intervention. Staff developed a detailed service delivery model, engaged in procedural justice and other case management training, identified and built key external partnerships, and refined intensive outreach and engagement strategies.

The PJAC demonstration is in its second year, with the initial pilot testing period from October through December completed. The pilot gave the state and counties the opportunity to work with OCSE and members of the evaluation team to look at processes and talk about successes and lessons learned. Through the pilot the counties had good initial results:

Full program implementation of the project began February 1.   Over the next two years, 2,300 participants will be enrolled in PJAC, with about a third of that number being randomly assigned to the control group who will go through the regular contempt process. Approximately 1500 noncustodial parents will be assigned to the treatment group. PJAC caseworkers will work with treatment group parents using a procedural justice-based approach that includes:

All these program elements are designed to get the noncustodial parent back on track with their case. PJAC doesn’t take the noncustodial parent “off the hook,” and in some cases, parents who fail to comply with PJAC requirements will go to contempt and face that set of consequences. If PJAC works, it will reduce the need for contempt and lead to greater support going to families with less ongoing enforcement actions from child support agencies.