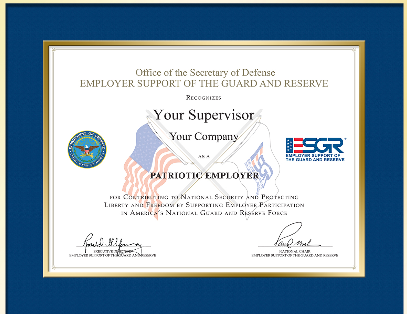 The Patriot Award was created by the Employer Support of the Guard and Reserve (ESGR). The ESGR, established in 1972, is a Department of Defense office that develops and promotes supportive work for service members in the Reserve Components.  Through outreach, recognition, and educational opportunities, this department assists in the resolution of conflicts arising from an employee’s military commitment.  The ESGR is supported by a network of more than 4,700 volunteers in 54 committees located across all 50 states, the District of Columbia, Guam-Commonwealth of the Northern Mariana Islands, Puerto Rico, and the U.S. Virgin Islands.

Through a nomination process, and only at the request of an active service member, may this award be bestowed. The purpose of the award acknowledges employers who have provided outstanding support to service members during their local employment while they serve our country.  In addition to acknowledging an employer, this high honor specifically acknowledges individual supervisors and other leaders for the support provided directly to the nominating service member and his or her family.

The individual who submitted this prestigious nomination is (former) Child Support Officer (CSO), Rebecca Bergren. In addition to her duties as a CSO, Rebecca is a Reservist with the United States Air Force. 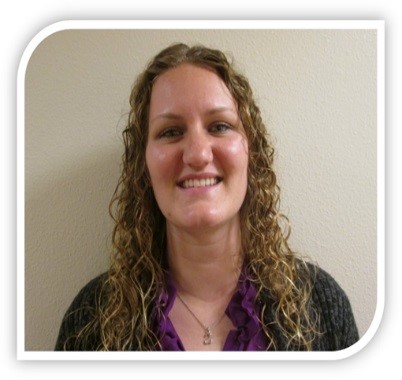 While serving our country, over the past two years and in addition to the normal two weeks of service per year, Rebecca had the opportunity to go on several special training missions and long-term assignments.

During these times when she was excused from her work at SCDCSS, she was faced with the stress of knowing her work had to be reallocated so that families would still receive the services they needed. Recognizing that it took teamwork and collaboration to do her work here at home, Rebecca was very appreciative of the support given during the times she was away serving our country.  This support lead to the nomination of five members of SCDCSS who were directly involved in these supportive actions.

In addition, Sacramento County DCSS Director Terrie Porter was presented with an “Outstanding Performance” award. This award acknowledged the highest level of leadership in the organization for supporting and creating a culture of collaboration and support for its employees.

Although Airman Rebecca Bergren recently resigned from the SCDCSS to work fulltime with the federal government, she assisted those most devastated by the horrific fires and mud slides here in California and will always be a part of our Sacramento County Department of Child Support family! 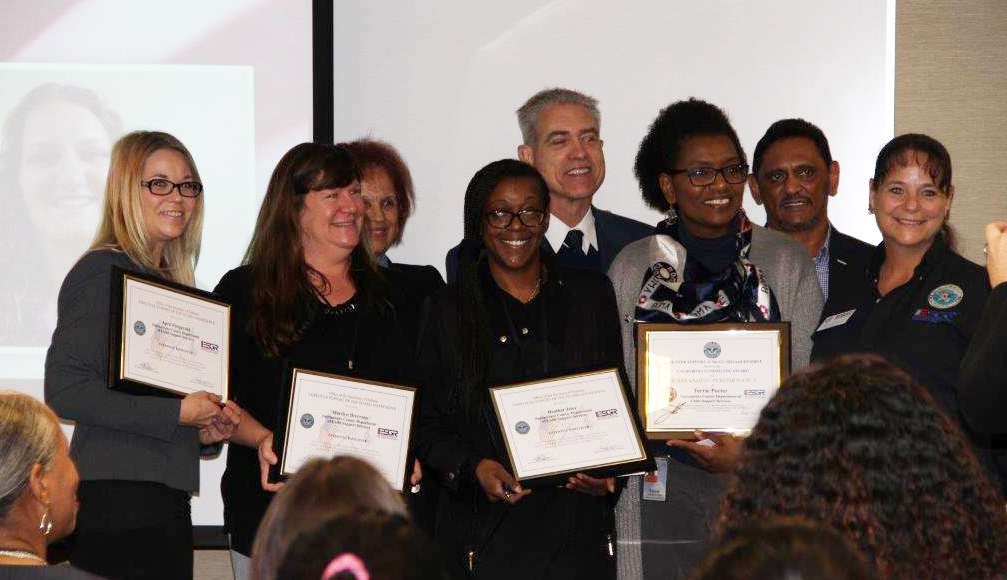 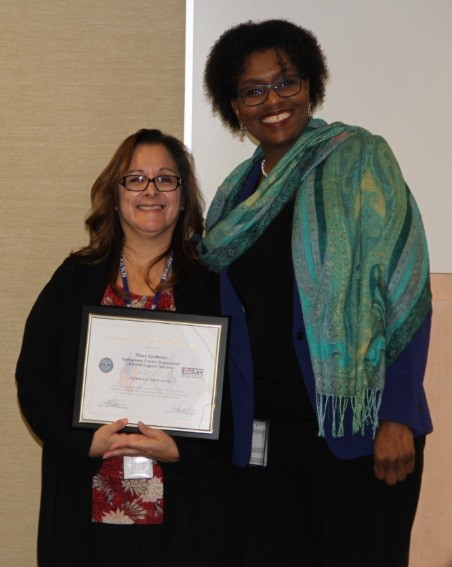 From left to right: Mary Guterrez and Terrie Porter