Wow, it has been a while since I have written about myself in this way. Let’s see if I can make it somewhat interesting! I am the youngest of 5 children, two boys and three girls. I was born in Landstuhl Germany in 1967; unfortunately we moved back to the states when I was about age 3, so I was not able to experience living abroad in the same way that my older siblings did. We moved often with my dad being in the Air Force. At the age of 4, which is about the time of my earliest memories, we were living in Albuquerque, New Mexico, with my mother while my dad was TDY in Greece for a year. Five kids, no job, no driver license….my mom, at the young age of 24, dealt with a lot by herself. By the time my dad returned, my mom decided that she needed to spread her wings, alone. From there, my dad was transferred to Sacramento, McClellan AFB, with five kids in tow.

Despite being separated from my mom at an early age, my childhood was quite rich. My oldest sister, only 12 at the time of the divorce, took on the role of our caretaker. She sacrificed considerably in doing so. I will be forever grateful for her guidance, nurturing, and the love she poured over us all. After our move to Sacramento, my dad took one last transfer to Chanute AFB in Illinois where we spent a couple of years before returning back to the Sacramento area. My dad retired from the Air Force, pretty quickly found a job with the County of Sacramento and began a new career. 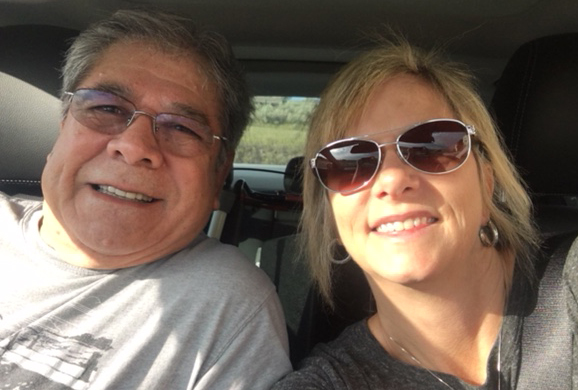 During high school, I worked a couple of different jobs, but soon after graduating (through my dad’s constant pushing) I reluctantly took a job with the County of Sacramento. At that time I had my heart set on becoming either a court reporter or a lawyer—I did not want to take a job with the county. But since the job offer was with the District Attorney’s Office, I thought in some way it would get me closer to where I planned to be.

I was dead set on staying with the D.A. when the discussions about the new department began. I quickly realized, however, that child support was something that was already in my blood. By the time the transition was underway, I had more than 13 years in the program; I just couldn’t break away. I continued with Sacramento DCSS for a total of 26 years before I had an opportunity to move to a small LCSA experience. I worked for El Dorado DCSS for 3 years and I have been with Central Sierra for a little more than 2 years now. I have thoroughly enjoyed the experiences and differences between large and small programs as well as the regional structure. I cannot tell you how much my perspective has changed through these last few years. 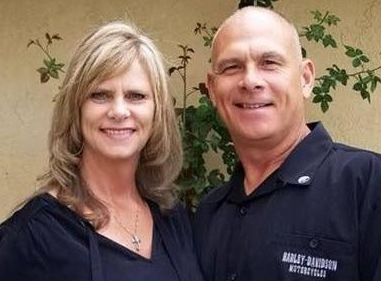 Getting back to the personal side, I recently relocated my home to Sacramento County from Placer County. I am married to my wonderful husband Rudy and we have four children. Three of the kids are in the Sacramento area, all with families of their own. Our youngest daughter, 23, is in grad school at Columbia University in New York with 3 years left in her program (we are counting the days until she comes home). We have 9 grandkids with one more on the way. We love spending time with our kids, grandkids, and extended family. We are often found in the backyard gathered around the pool with the BBQ going and playing a game of cornhole. We enjoy being at home. We love the outdoors, the beach, travelling, and riding our motorcycles when we have time.

I was appointed as the Executive Director of Central Sierra Child Support Agency effective July 1, 2018. I am excited to spend the last decade of my career with the folks at the Agency. I have joined a team of incredibly smart, dedicated, and kind people who really love what they do and are good at doing it. I look forward to growing my leadership skills and contributing to the great work that my team is doing. I appreciate the unbelievable support not only from my team here locally, but from my extended child support family around the state. This program—and all of you—have made an incredible impact on me and I appreciate each and every one of you. 😊