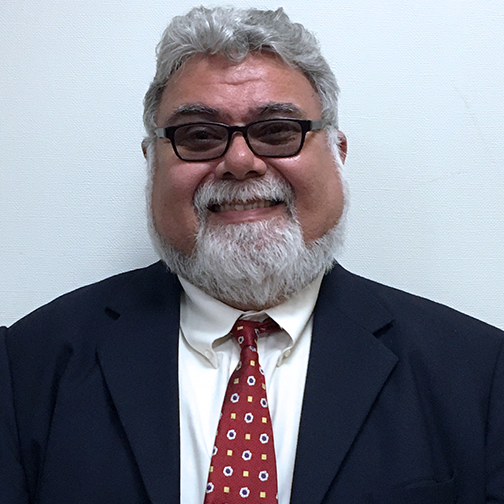 It was early morning on a cold December day that I came into this world. The youngest of four brothers, sons of my father Roman and mother Marge, themselves from Arizona (Globe and Miami), their parents from Jalisco and Guadalajara Mexico. We grew up on the “other side of the tracks” in a small home built by my father and his half-brother Isaac. We lived modestly and attended Church regularly (I was an altar boy). My father drove a truck and worked as a warehouseman; my mom raised and cared for her four boys.

At a young age we moved to a new home near a grammar school, walking distance to the local high schools. At the time we were the only Mexicans in the neighborhood, but no one cared or noticed. My father bought a bar and my mom became a noon supervisor at my grammar school and as time went on, the de-facto interpreter at the grammar school. Across the street lived my two best childhood friends—we played endlessly in the neighborhood roaming far and wide through fields and creeks, backyards and sleepovers. 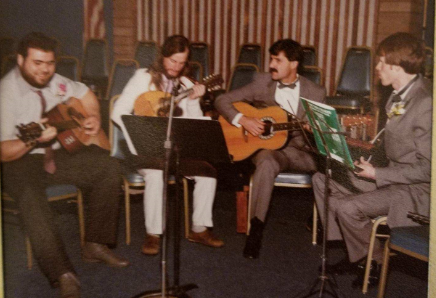 I spent my teeny-bopper and teen years between both high schools. Freshman and sophomore years at East Campus, junior and senior years at North Campus. By my sophomore year, my brothers were serving in Vietnam. My oldest brother Dennis was a Corpsman, Tom a Deck Captain, and Roman a Deck Ape—all U.S. Navy. Two were drafted, one had a choice to enlist or, well you know… My father served in the U.S. Army as a Tech Sgt. He worked on cutting edge tech at the time: RADAR. To this day I have his handwritten notebook, each page stamped Top Secret. My draft lotto number was 255… but it was not meant to be.

It was the ’70s. Friday night football, homecoming, prom, crusin’, keggers, rock ‘n’ roll (real rock ‘n’ roll), and a riot closing the high school for three days. In those times, at my high school you were Chicano or Jock or Aggie or Hippie or Afro-American, and forces converged on a fateful Wednesday morning I will always remember. Cake cutters, chains, belts, pipes, bats…When school reopened police were on campus and may be to this day. 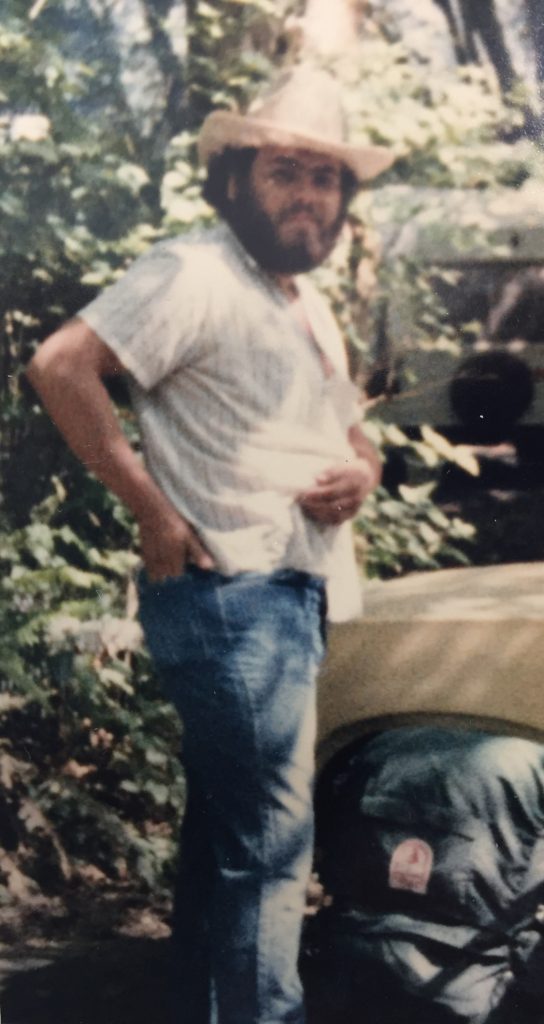 I grokked the road ahead as I sat in that field listening to the valedictorian, so I embarked upon education to escape. After two years at the local JC and dispensing with their counselors, I made my way to UC Berkeley. WOW what a culture change. People’s Park, Telegraph, co-ed dorm, Grateful Dead, and meeting up with a group of guys I still see today—one of whom played keyboard in the nefarious band Microwave Kitten! We rocked the Frats causing Boalt Hall to ask us to knock it off.

Needing a break, I moved to Chico. Built fences, met up with buds from High School, and generally decompressed. Moving back home I worked a number of retail jobs, got a certificate of paralegal, and pursued dissolutions and enforcement of judgement and debt.

My dad had fallen ill and could no longer work his bar, so he sold it to me for a dollar. JC’s Tavern, like my father’s (Ro’s Tavern), was a working man’s bar—no hard liquor, beer and wine only (in my hometown Mexican bars then did not get licenses to sell hard liquor). We catered to laborers and a lot of Mexicans, or as my buddy Frank Gonzales called them: “across the river Mexicans.” Pool table, pool team, and jukebox with half rock and country and the other half Rancheras, Cumbias and Mariachi. Menudo on Sundays, dollar “tall boys,” and draft beers of course. I recall tending one Saturday afternoon when a stranger came in with a tape measure and measuring wheel. We struck up some conversation only to discover the landlord was going to sell, so I closed up the following December with a party (free beer after 6pm) allowing customers to take whatever they wanted be it tables, chairs, bar stools, bar lights. Come the following New Year, I was looking for my next stage…a Jack in the Box now occupies the corner of 13th and V.

Opportunity and good pay were slim, but a boldface ad in the help wanted got my attention: $9.95 per hour was good so I applied. Go figure, they hired me and so began my child support career—even met my wife there though she demanded we keep our relationship secret.

Nepotism effectively blocked advancement (my wife became the Assistant Director); opportunity again raised its head in the form of Assistant Director. I interviewed and go figure, San Joaquin gave me a job. But life is not all roses. Staring out my window at the legal staff, my phone rang. I had never heard of ECSS, but they were needing people and I was looking for a change. I did my stint, broke my neck, my wife was appointed by Governor “I’ll be back” Schwarzenegger to be a Regional Assistant, moved to Shingle Springs, got a job in DCSS Employer Services unit, and lo and behold I was confidentially told I would never advance because, well you figure it out…

Every day is a new story, just turn the page and you’ll see, and lo and behold opportunity knocked in the form of a Director. I interviewed and they hired me. I moved to Marysville, got 5 acres, two dogs, chickens, and of course the wife. Indeed, what a long strange trip it’s been, but as Jerry sang, I will survive, and am thankful every day for the blessings of life and love. 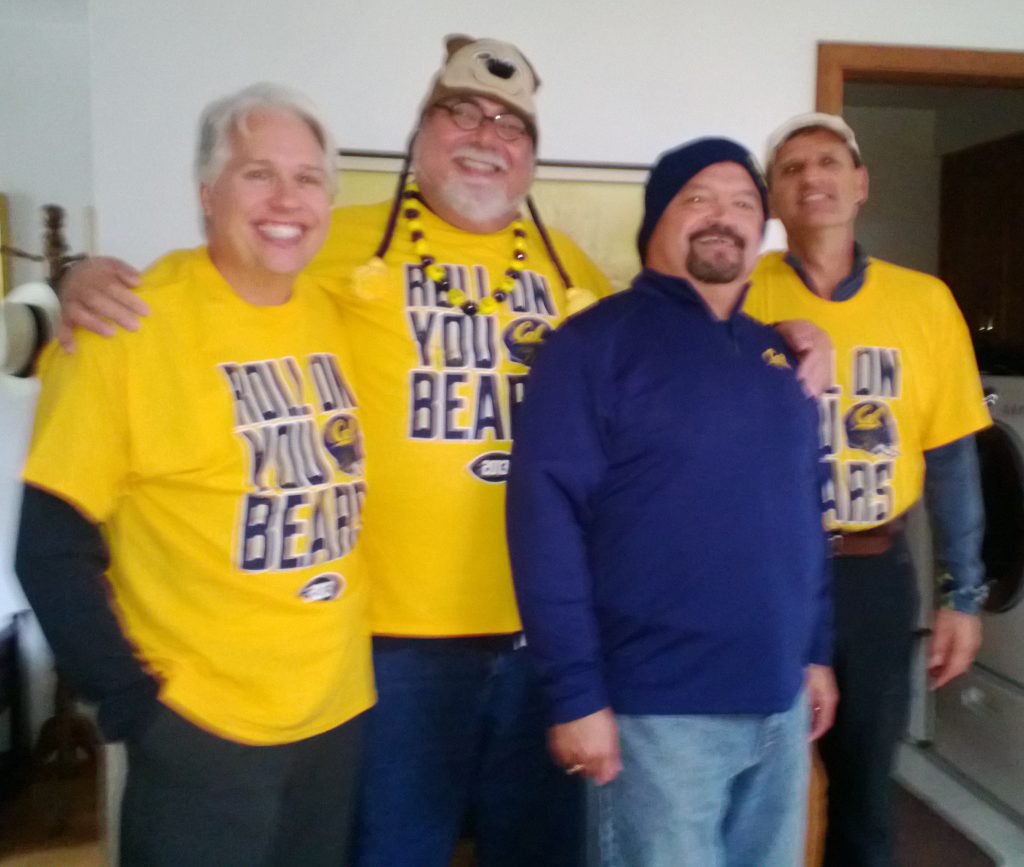 I recently bought a banjo and someday I will be old and in the way with a touch of gray. Then I will sit with good friends to play Friend of the Devil, gather at the Cabin to recall the good ol’ days, and make the annual trek to Cal’s opening day games with my Berzerkley buds. 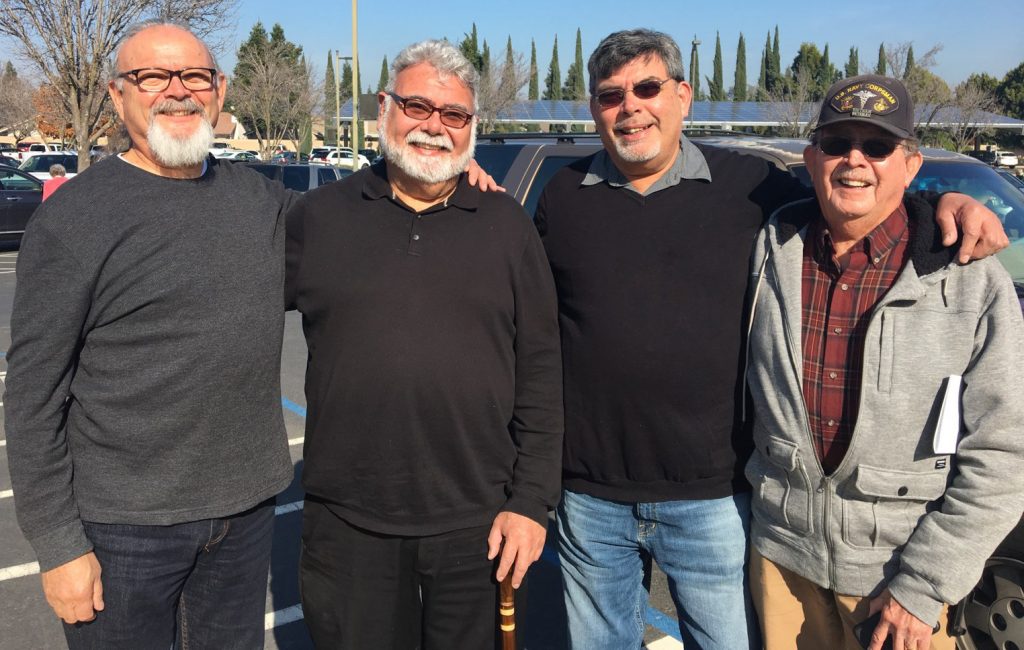 There is much left unsaid: a night in jail, run in with a D.A., Humboldt, music, seminary, lost in Lassen…so much that makes up living. No regrets…well maybe two: After graduation Paul and I never made that road trip in my VW van to British Columbia and T.G.C. (three-man acoustic electric jam band) broke up, but as we all know life takes its own path, we just try to enjoy the ride. Besides the wife and I have THOR and are looking forward to many road trips. Next January we will be 25 years married—that’s the longest I have done anything! And certainly, the best trip ever taken.

Well, my glass is empty, the sun is setting, and I can hear the doves calling to each other from outside the screen door. I read doves mate for life; I have found mine. 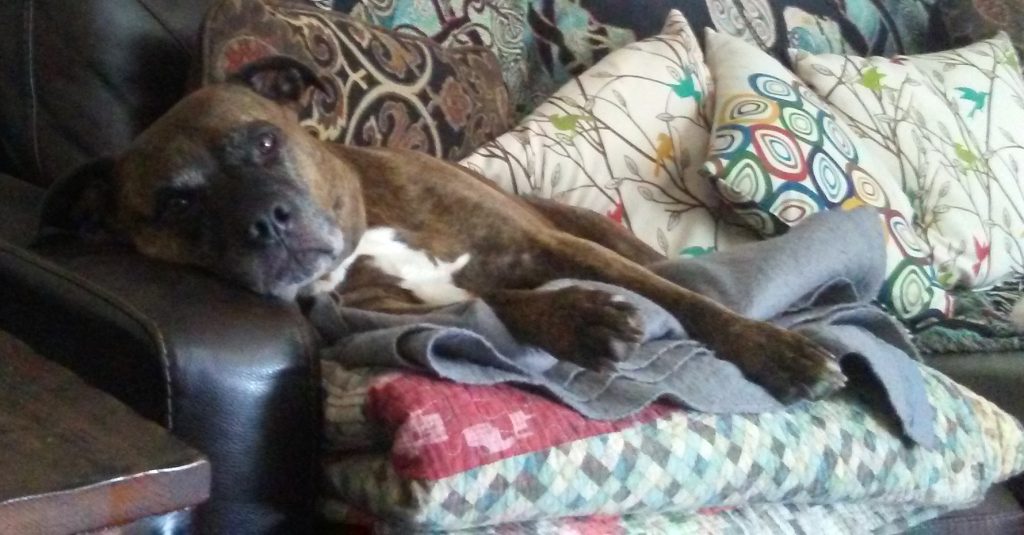 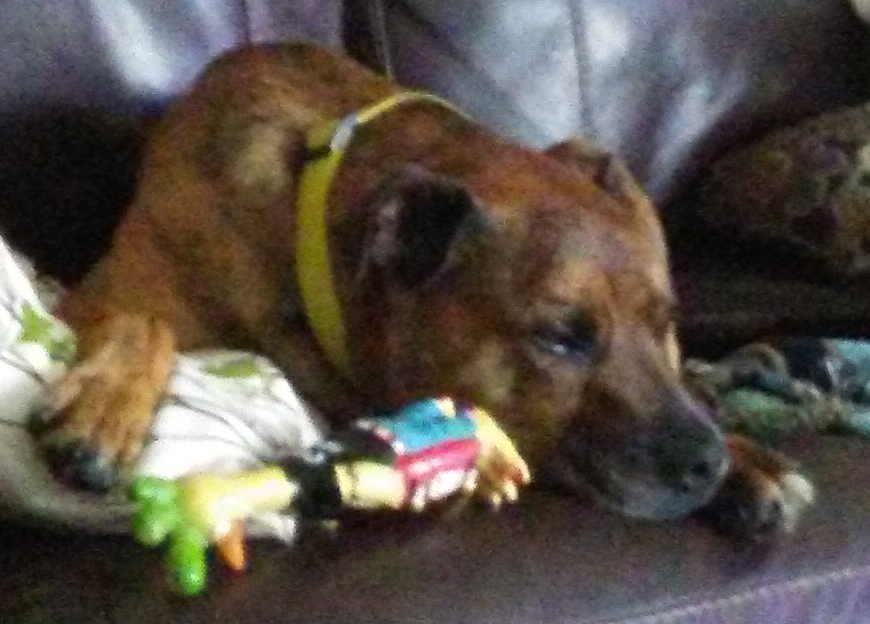 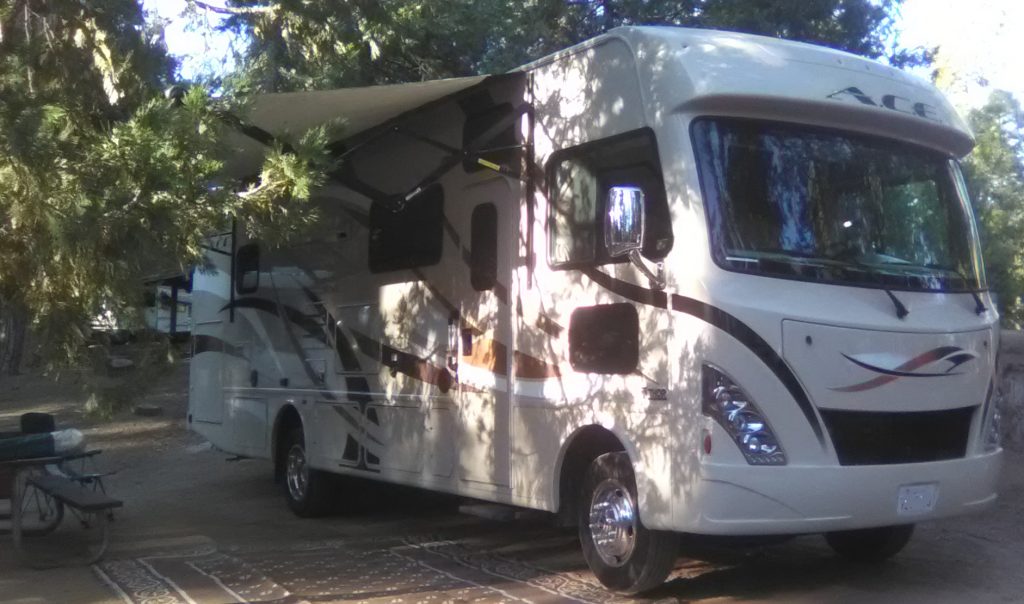