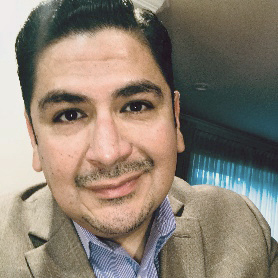 Those of you who know me, may know that I am a relatively private person and don’t share a whole lot personally, so when Greg Wilson asked me to write a little about myself for the CSDA Newsletter, I felt a little anxious and a bit challenged trying to figure out exactly what to share with everyone. Nevertheless, here it goes…

I was born in Tijuana, Baja California Norte, Mexico in 1973. My parents, Ofelia and Jose Luis Guerrero, had five children. I am
their youngest son, the baby of the family, if you will. I have two brothers and two sisters. My siblings and I are very close. I, unfortunately, lost my parents at a relatively young age. My mother died of a terminal illness when I was 19 and my father followed a year later when he passed from pancreatic cancer.   They each had two unrelated illnesses, but as you can imagine, the timing of this tragedy was very difficult on my entire family. I completely immersed myself in my studies during their illnesses as a way to cope and dedicated not only my 4.0 GPA, but my bachelor’s degree to my parents when I graduated from Santa Clara University in 1995. This has always been a source of pride for me given the fact that my parents were not educated, however, knew the value of an education for their five children. 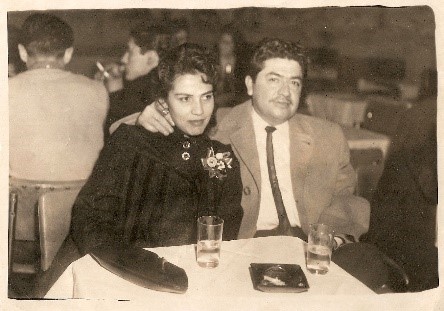 In Mexico, my father only attended school up to the third grade, and my mother up to the sixth grade. They had to leave school early on to work in order to help support their families. Neither of my parents spoke English and brought us to this country when I was only a year old. Arriving in San Jose, CA and dealing with the struggles of being a poor immigrant family, who also happened to be undocumented, was not easy for my parents and my siblings. Through hard work and perseverance, my parents provided an amazing family life to us that was rooted in our Catholic upbringing, the value of a good education, and in hard work and determination.

I grew up in East San Jose, a predominately Mexican immigrant community, surrounded by rich traditions and celebrations of our culture. I have vivid memories of low riders cruising down Story and King Roads on Friday and Saturday nights. I remember lying in bed and hearing the thumping of the music from the cars cruising in front of my house and my windows shaking from the vibrations. Maybe that’s where my love of music came from??? I considered myself fortunate to have an amazing family surround me and grew up feeling like I had everything I needed and wanted. Never did I long for anything in a happy and loving home full of great homecooked Mexican meals, family, laughter, and joy. Holidays, birthday celebrations, weddings, quinceañeras and family parties were the best and helped to create some of the best memories!

After graduating from Santa Clara University, I went to work as Family Support Officer for the District Attorney’s Office in San Mateo County. I planned on going to law school and was looking to gain some experience before pursuing my goal of becoming an attorney. I applied and was accepted to Santa Clara University’s School of Law but was put on a waiting list and had to reapply again the following year. During this time, I was promoted from a caseworker to a lead and then to a supervisor. At that time, I decided to look into a master’s degree in Public Administration (MPA) instead of going to law school. I completed my MPA when my oldest son was about 6 months old. I have the memory of him sitting on my lap while I was writing my thesis for my capstone course at San Jose State University. After becoming Deputy Director at San Mateo County DCSS, I was selected as Deputy Director for Alameda County DCSS, after which I became Director at Santa Clara County DCSS. 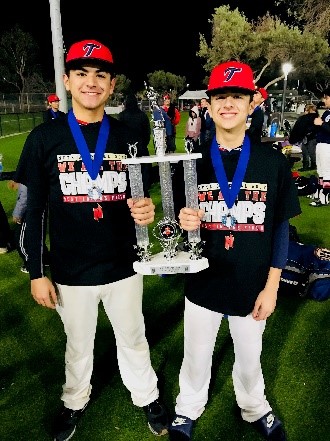 I have been at Santa Clara County DCSS for about four years and enjoy finally working in the community where I grew up, went to school, and am raising my two boys. My oldest son Mateo is 16 and his brother Luis is 15. They both attend Bellarmine College Preparatory in San Jose and are now starting to look at colleges. I will continue to instill in them the value of an education, the love of family, our culture and traditions, good homecooked Mexican food, and a love of music, just like I had instilled in me by my family. I’ve also continued my post graduate education at Stanford University, the UC Berkeley Goldman School of Public Policy, and most recently at the Harvard Kennedy 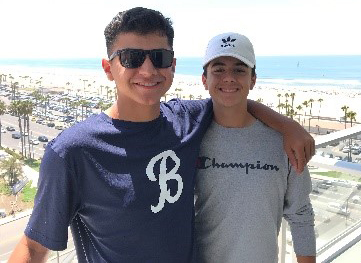 School of Government. I believe in the American dream and believe that my family and I are a symbol of that dream. In 2015, La Familia Guerrero received the Family of the Year Award from the Hispanic Foundation of Silicon Valley for our work in the community. My siblings and I dedicated this to our parents and took our picture for the press release with photos of them in their honor.