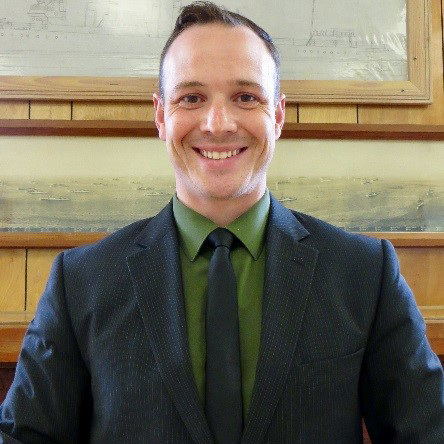 I believe my outlook in life is the product of two things.  First, being raised in the Pacific Northwest; second, being the youngest within a very religious household.  Both of these things would train me to believe that life is bleak, cold, and miserable, but I should be happy because it can always get worse.

Consistency was not a staple of my childhood; my family was constantly moving which caused me to become light-footed as I grew older.  I was a wanderer, seeking out new experiences and opportunities as they became available.  I drifted between sports, hobbies, and extracurricular activities which gave me a “Jack of all trades” mentality.

Several months before graduating from high school, my future was changed forever.  The largest terrorist attack on America was playing out before me.  I can distinctly recall wincing as the second plane hit the South Tower of the World Trade Center.  I remember watching the news as they depicted people burning American flags in celebration.  Shortly after graduating from high school I was leaving Oregon to join the military.  I spent over eight years on active duty, most of which was overseas.  I spent a year in Korea, three in Germany, and I deployed to the Middle East three times.  In total, I traveled to 42 countries.  I loved being in the military, but life changes and I knew it was time for me to move on.

After my enlistment, I took a job with Halliburton Energy Services; I was working endless hours in the oilfields of North Dakota.  Even with a military background, the oilfields became too dangerous, so I decided to move on.  I then bounced through several construction jobs until I had the opportunity to start college.  I began my formal education at the University of Wyoming; in addition, I was enrolled in the Army ROTC program.  I graduated Magna Cum Laude with a BS in Economics and was an Army Distinguished Military Graduate.  After graduation, my wife and I had no idea where we wanted to live.  After a long and deliberate analysis, we decided to move to California’s North Coast.  We moved to a state with no friends, family, or connection, yet we wanted to make it our home.  I started working with local non-profits and I eventually received a position within the county.  I have been working for the county ever since and I have been in the Director position since July 2017.

Currently, my wife and I are both military service members.  I am a Platoon Leader of a Light Infantry unit in the Oregon National Guard.  My wife is an Air Force Reservist and her unit is stationed in England.  This arrangement causes us to be separated for significant periods, but we seem to manage well.

I have four children and plan to grow my family in the near future.  I loved growing up in a large family and I always wished to have one myself.  When the family is together, we spend the majority of time in the outdoors.  We love to hike, camp, go to the beach, and travel.  We have loved our time in California and we are continually impressed with the beauty here.