Growing up in a small town with a population of 900 had its advantages and disadvantages. Everyone knew everyone. My father worked at an automotive repair shop in a nearby town, and my mother was a stay-at-home mom raising three children. Dad did not believe in credit, so he built our family home wall by wall as he could afford it. One day, the repair shop owner decided to close the shop, which left my dad unemployed. Money was always tight in those days, and unemployment was not enough to feed the family. Government assistance was not an option. My parents believe in working for what you get and never accepting anything for free. This is where my work ethic began. 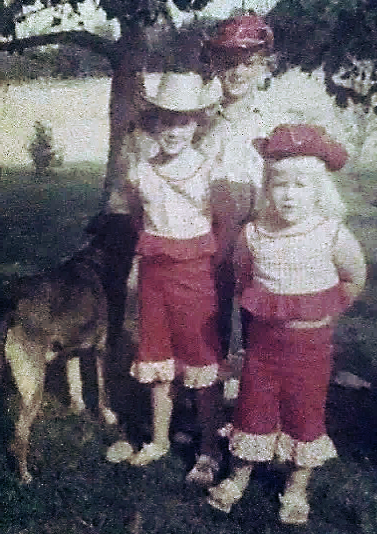 My dad worked any jobs he could find. Nothing was beneath him. The first summer my dad was unemployed, we spent all our free time cutting wood and selling it. Dad toyed with the idea of moving the family to Canada to ranch sheep and cows. (My mom was raised by a rancher, and my dad had experience from the odd jobs he had done over the years.) That idea was put to rest when my parents found out the closest school to the ranch was over 100 miles away. Us kids would have had to board during the week and only come home on weekends. Neither mom nor dad would allow for someone else to raise their children, so back to Palo Cedro, California, we went.

My dad had a following of customers who constantly encouraged him to open his own automotive repair shop, so during the following months my folks built and opened their own shop. By then, child number four had arrived, and the business grew day by day and year by year. As children, we all had chores to do—everything from chopping and hauling wood, to cooking meals, to cleaning the house. Each year when deer season opened, we packed up our rifles and canteens for a weekend of hunting. We spent our play time outside riding bikes, swimming, fishing in the creek, riding horses, and staring at the clouds and stars. Supper was always eaten at the kitchen table, never in front of the TV. This was our family time. 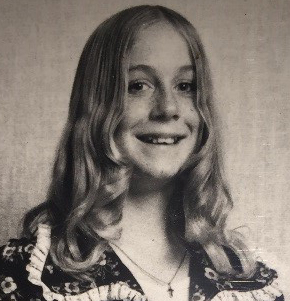 I attended a rather small school with grades K-8. I always loved riding the bus to and from school. Early on, I started playing softball and realized I had a love for sports. I played both school and league sports including softball, volleyball, track and field, and basketball. Eventually, I coached girls’ softball for a few years. Still to this day, I have friends with whom I started school and now have regular contact.

By my senior year of high school, I still had no idea what I wanted to do. Earning my own money was my first goal. I worked for YCC one summer, and then landed a retail job with Montgomery Wards. After six years in retail, I knew I needed something else. I attended the local junior college off and on but did not earn enough credits for a degree. In 1984, I was interviewed by the Chief Investigator at the DA Family Support Division of the County of Shasta. Before I made it home, he had called and offered me the job. 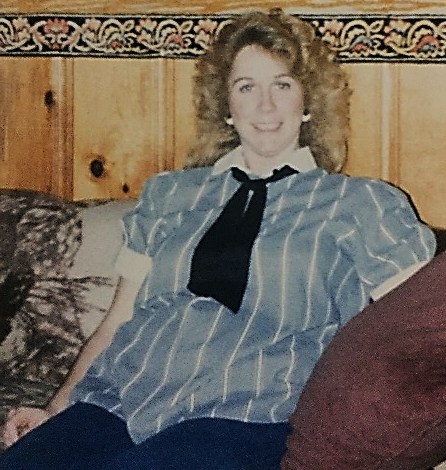 Naïve is the only word I can think of to describe my first several months with that office. I had never been exposed to divorce, welfare or government assistance programs, and only a very few people I knew had ever had a child out of wedlock. Two years into this job, I gave birth to my son, Matthew. Anyone who knows me knows he has been my pride and joy for 31 years! 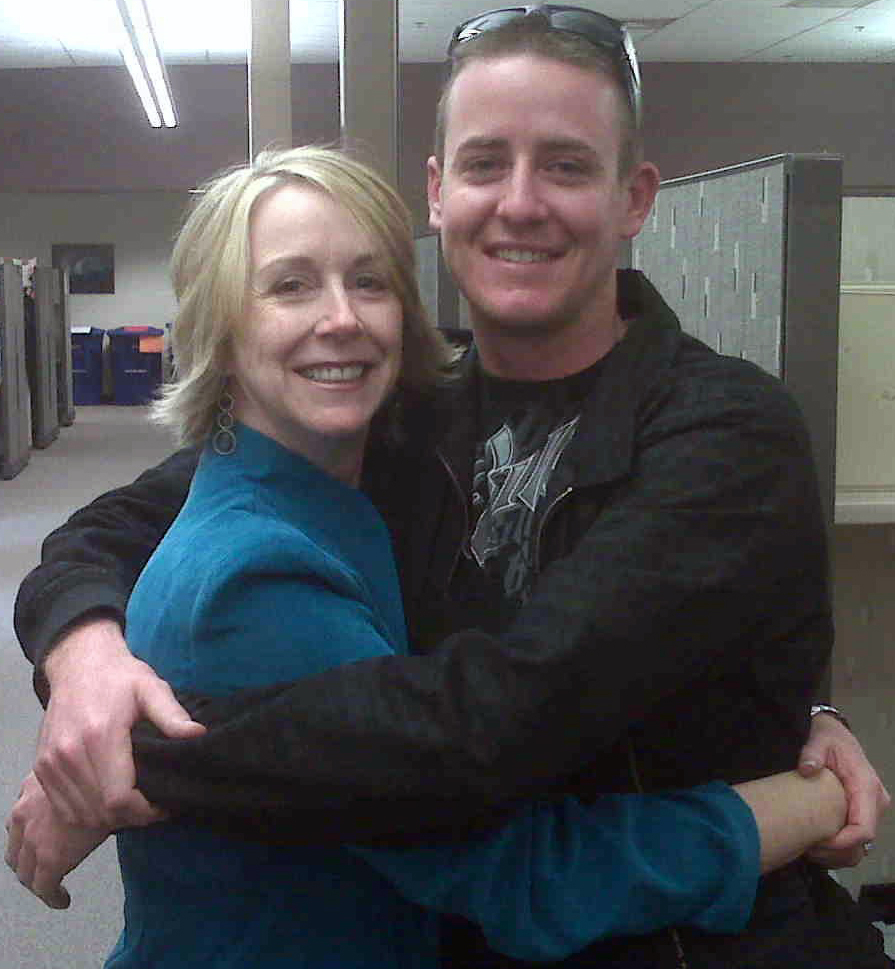 I loved working in the DA FSD program. I applied for every promotion that presented itself, and I worked every different assignment I possibly could. I always volunteered for any new assignments or committee work. I was still taking college courses off and on but not managing to finish my degree. By 2003, I knew I wanted to eventually become the Director of the newly-established Department of Child Support Services. I returned to college full time (nights and weekends) while still working full time and raising both my son and then step-son. There was no such thing as free time. When we had family vacations, I would pack up my backpack full of books and papers so I wouldn’t fall behind in my studies. It was hard, but in the end I achieved my goal: I was appointed by the Shasta County Board of Supervisors as the Director in 2005. 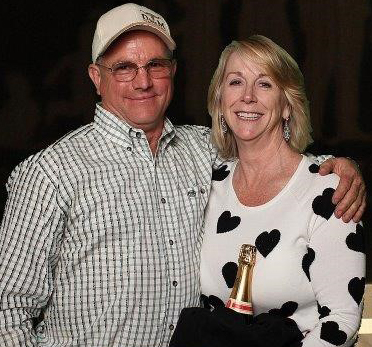 In the fall of 2014, I reconnected with a friend from grammar school (Tim). We often drifted in and out of touch but always remained friends. In October 2014, Tim and I connected through social media and found ourselves in a position where we reluctantly started to date. In just six months, we tied the knot. Both of us had rebounded from unhealthy relationships. We have now built a strong and beautifully-respectful bond. Both of us have deep family roots in Shasta County, and both of us were raised that a paycheck is earned and that it only comes from hard work. Tim opened his own automotive repair shop in 1996. He, like my dad, is extremely successful because of honesty and hard work. Both eventually gave way to their sons who are now successfully carrying on the business legacies.

My years working in this program has opened my heart and soul to many diversities I may not have had a chance to experience. I was hooked, and this program became a part of me from day one. I have been lucky enough to have served on many different committees and workgroups, the CSDA Board, as well as serving as the President in 2007/2008.  I was honored with the Manager of the Year at NCSEA in 2003, the Truly B. Knox award in 2015, and am currently serving as the one and only Child Support representative on a Child Abduction Response Team (CART). I have made lifetime friends who have mentored me along the way, and I believe I have made a small positive difference by the work I have done. 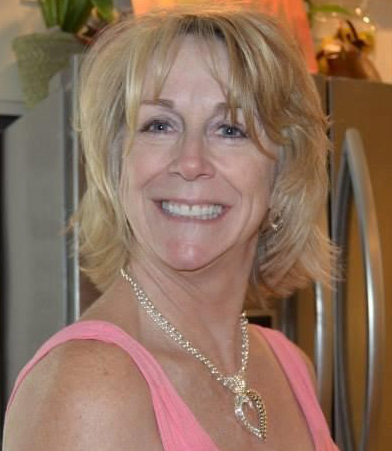 My work and life motto is, “Life should not be a journey to the grave with intentions of arriving safely in an attractive and well-preserved body, but rather to skid in sideways, chocolate in one hand, margarita in the other, body thoroughly used up, totally worn out and screaming: Woo Hoo what a ride!”

Eventually, I will hand the torch to someone else, but for now, I love what I do, the team I have the privilege to work with every day, and the families we serve. Life is just too short to stay at a job that you truly don’t love!