On May 9, 1952, I was born in Jersey City, NJ, to Joe and Delores Golightly. Two years before that, my mother and father were on a vacation in NC (where my dad was from) and my mom went into labor early with my sister. The hospital was not very advanced and my sister Patricia Ann died 24 hours after birth. Every April 3, my mother would remind us about Patricia Ann’s death and how the nurse simply told her, “Your baby expired a few hours ago.” I was born two years after that, four years later Judi came along, then eight years later Kathy, and then lastly in 1965 Nancy was born. Yes—the only boy and the oldest.

We lived in Black Mountain (NC) until I was in the third grade, then moved to New Jersey where my mother’s family was. We lived in Kearny (Soprano TV show city) and eventually migrated to the Jersey Shore, living in Long Branch. Did you know that there’s a Long Branch branch of the Red Bank bank? I went to grade school in Long Branch (Our Lady Star of the Sea), and high school in Red Bank (Red Bank Catholic). 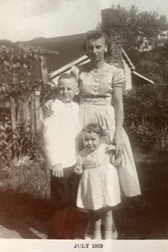 My father left us when I was 14, and our mother managed to raise the four of us on a secretary’s salary with some help with Food Stamps. No child support for us! 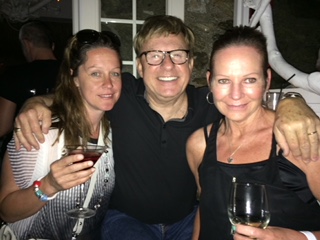 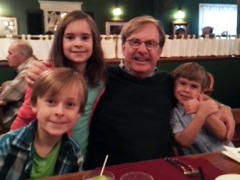 As many of you know, I have three children—Ben, 41; Lindsay, 37; and Elizabeth, 28. Ben is a Commander in the U.S. Coast Guard, currently stationed in Washington, D.C. He and his wife Lisa have two girls— Shannon, 14 and Meghan, 12. Lindsay is a teacher’s assistant in Ithaca, NY. She and her husband Derek have three children— Everett, 11; Charlotte, 9; and Andy, 6. Elizabeth is a high school teacher and lives in Baltimore. 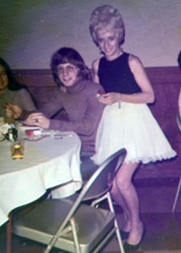 Ben and Lindsay were with my first wife, Fairlee. Elizabeth is from my second marriage with Alesia. Again, as many of you know, I have been with Douglas for 21 years and married to him for almost four.

So, now moving on to my career path. After my second year of college, I was asked not to return—my GPA was 1.4. I took that as a sign to marry my college sweetheart, Fairlee—and we did so in September 1972. We moved to Syracuse, NY, where I took a job as a bookkeeper for a temporary employment (day laborers) agency working in the office. During the summer of 73, we both worked as camp counselors at Camp Hi-Rock in the Berkshires. I was Chair of the Archery Department, and she was the Camp Nurse. Fairlee was accepted into Med Tech school and we then moved to Jamestown, NY. I found a job as the bookkeeper and office manager for a wholesale bakery. We bought our first home in 1975 (she still lives there), and Ben was born in March 1976. 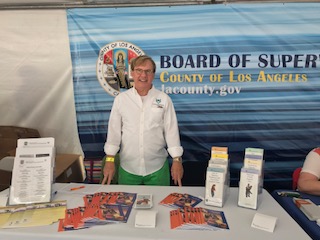 I soon grew tired of working in the private sector and secured a position as the program manager for the Manpower Programs Office in Chautauqua County (NY) government. We lived in the tiny county seat of Mayville, population 1,500. County government had a total of about 1,500 employees, and the County’s entire population was about 100,000. It used to be called the Grape Juice Capital of the World because Welch’s was headquartered there. I often tell folks that my first job in county government was in one of the smallest counties in the country, and my current county job is in the nation’s largest county. 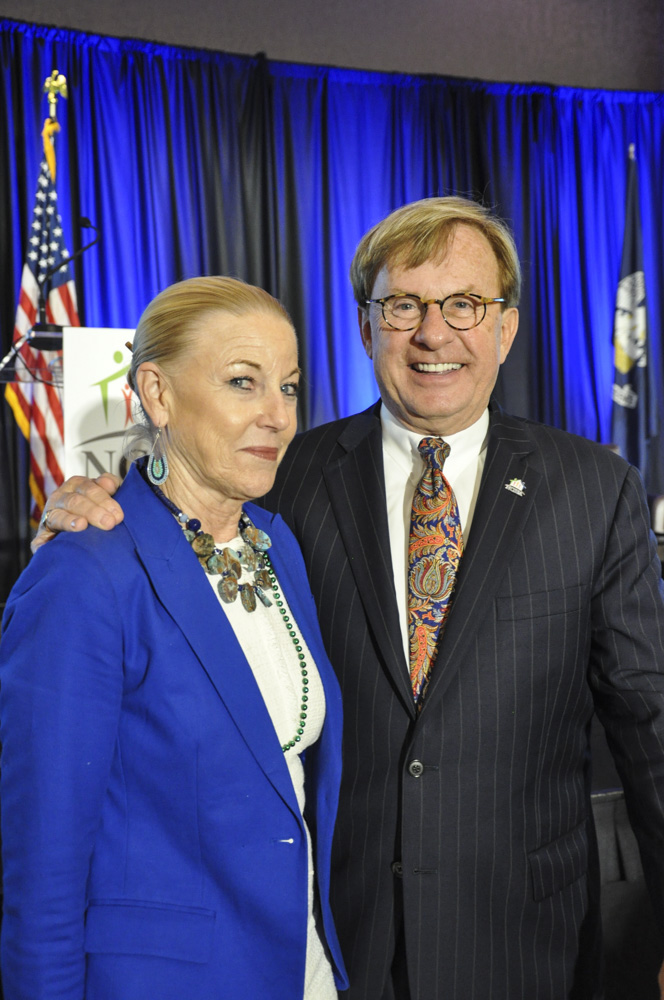 After a few years, and for reasons still unknown to me, I was appointed Director of the Manpower Programs Department, and Executive Director of the Private Industry Council.   I was 24 years old. My boss—the County Executive—started sending me to Albany and to Washington representing him on various committees and commissions. One thing led to another, and in 1984 I was offered a position in Washington, D.C. with the National Alliance of Business. I was there 12 years and rose to the position of Vice President for Human Services, with responsibility for all our work in welfare reform and job training nationwide.

In 1996, I applied for a Senior Executive Services (SES) position with the U.S. Department of Health and Human Services (HHS), and was eventually appointed as the Regional Administrator based in Atlanta for the HHS, 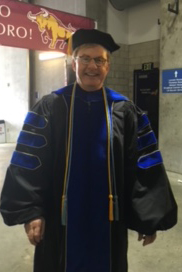 Administration for Children and Families (ACF) in Federal Region IV—the eight southeastern states. This was an incredible career growth opportunity for me, as I was the senior federal representative in the poorest part of the country during implementation of the 1996 welfare reform legislation. Among the programs I was responsible for were welfare, child care, child welfare, Head Start, and child support. I loved living in Atlanta and met so many great people, including the brain trust in Washington that I reported to, and worked with.

Three years later, I was approached about a position in Los Angeles County as the Chief Deputy Director of the Department of Public Social Services (DPSS). I took that job, and we moved to Los Angeles in October 1999. After one year, my boss quit and the Board of Supervisors appointed me as the Interim Director. In 2002, shortly after Philip Browning came to Los Angeles to run the newly created Child Support Services Department (CSSD), I moved over as his Chief Deputy Director. In 2007, the board asked Philip to move to DPSS and they appointed me unanimously as the CSSD Director, without a recruitment. I’ve been in this position for 10 years now and my seniority rank with the 36 department heads is 5. Lots of turnover here. 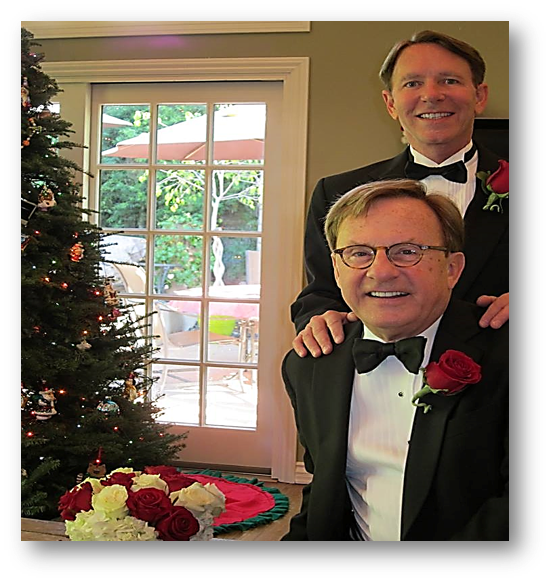 Douglas and I live on the west side of Los Angeles with our two dogs—Sterling and Poppy IV, and their boss, our cat, whose name is Mavro (Greek for black). I love living and working in Los Angeles, where I truly feel I have an opportunity to impact the quality of life for so many people every day. The weather’s not so bad either! 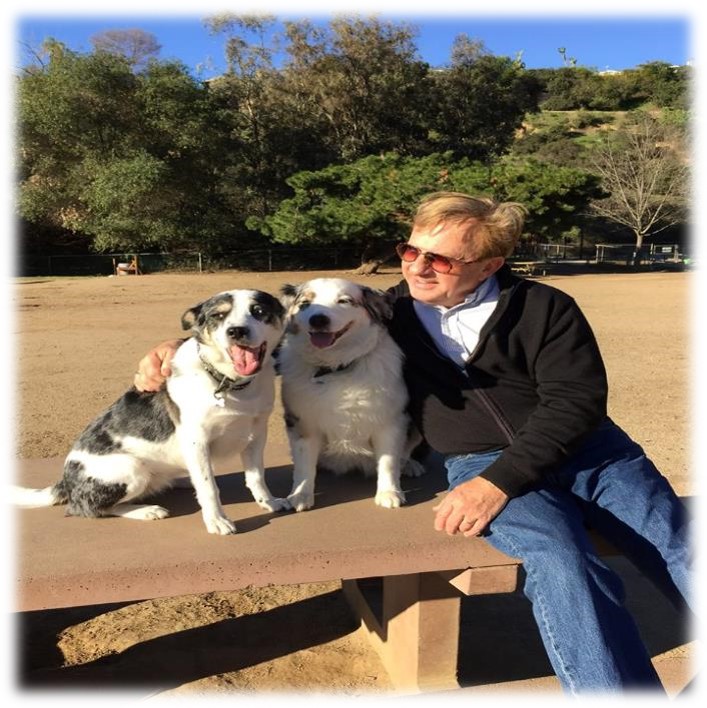 As I begin to contemplate retirement, I know

I’ll miss the collegiality, the camaraderie, the laughter, and of course, the great gastronomic experiences.

For now, though, I am living a charmed life, and have so much to be grateful for.

PS – Did I mention that Douglas and I are HUGE Dodger fans?