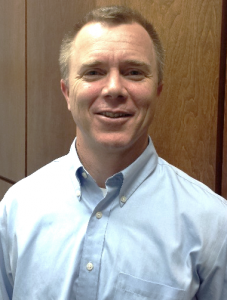 On January 19 and 20, 2017 the Legal Practices Committee (LPC) met at the Offices of the Judicial Council in Sacramento. In each edition of One Voice, we will bring you interesting items of note from our meetings.  A standing item on the LPC agenda is to discuss any multiple parent cases being litigated.

At the January meeting, we discussed a case involving a Mother, Mother’s registered domestic partner, and a biological Father. The following was the report provided by Senior Child Support Attorney, Ashley Mendoza, from Tulare County Department of Child Support Services:

Mother and her registered domestic partner entered into a domestic partnership shortly before the child’s birth. The child was born 11/12/2016.  Four days later, biological Father, who did not participate in the prenatal care for Mother and lived out of state, initiated a paternity action.  Shortly thereafter, genetic testing was ordered at Fathers request, the results of which confirmed Fathers paternity.

Ultimately, Mother’s domestic partner filed a request to be joined to the paternity action and a request for custody orders. During this time Mother and domestic partner lived together as a family unit raising the child, while Father had no visitation with the infant.

At the review hearing to confirm the genetic results, Mother agreed to Father’s paternity given the results of genetic testing. The Court then confirmed Father’s paternity and ordered that Mother and Father attend mediation, which mediation resulted in a stipulated custody and visitation order.   Ultimately the Court ordered that a Judgment of paternity be entered.  Further, although Mother and Father had agreed to a visitation schedule, and although Mother and domestic partner were currently residing together as a family unit, the Court denied both domestic partners’ requests to be joined and found that Mother’s request for custody orders was premature.  This denial, coupled with Mother’s and Father’s agreement regarding paternity, custody, and visitation, eliminated any potential 3-parent order, and also resulted in the Court not weighing domestic partner’s presumptions of paternity against Father’s presumption of paternity.

Multiple parent cases continue to be an evolving area of our caseload. Tulare County continues to be on the cutting edge with these cases.  This interesting fact pattern is an example of how varied courts can treat these complicated situations.

REQUEST FOR INPUT: the Child Support Attorney Sourcebook is produced by the Sacramento County Department of Child Support Services. Ron Ladage, Chief Attorney, is requesting feedback and/or comments concerning the 2017 Sourcebook. Ron is the Executive Editor of the Child Support Directors Association publication which continues to be a great resource for all LCSAs in California. Contact Ron at ladager@saccounty.net; purchase the current Sourcebook on the CSDA website @ csdaca.org.