In 2012, the San Diego County Department of Child Support Services (SDDCSS) received a grant to pilot the Parenting Time Order for Children (PTOC) Project.  A key component of the project was to identify any risk of domestic violence (DV) among participants and to refer parents who disclosed that they were exposed to DV to supportive services.  SDDCSS partnered with a local DV service agency, the Young Women’s Christian Association (YWCA) to provide DV services and educate staff on how to identify and assess instances of DV.

SDDCSS reviewed its existing DV process which consisted of mailing customers a short questionnaire, with their case opening packet, about their exposure to domestic violence. To enhance this process, SDDCSS collaborated with the YWCA to develop a verbal screening tool to identify and assess DV. This was set up as a two-step process.  The first step is the initial screening for DV using the 10 question Safe Families Screening Tool (SFST) (see example 1). The tool was used to detect whether DV was present within the relationship at the case opening stage.  Prior to launching the SFST for staff use, the YWCA provided DV training. The classroom based training  focused on educating SDDCSS staff about what DV is, common traits and barriers associated with DV survivors and abusers, the effects of DV on children, and concluded with  an interactive portion which served to teach staff how to assess scenarios and what community resources were available for victims.

The SDDCSS DV process included a second step if DV was identified via the SFST. Participants who reported DV were referred to a Family Violence Coordinator, who was specially trained to complete the Danger Assessment (see example 2), which resulted in a “low,” “medium,” or “high” risk level being assigned to the case/relationship. Based on these risk levels, parties were assessed for PTOC eligibility based on DV safeguards. Customers were eligible if their risk level was “low.”  For customers who were assessed as “medium” or “high” staff would complete a Danger Assessment.

After the grant concluded SDDCSS chose to remove the referral to the Family Violence Coordinator. SDDCSS staff provided additional feedback and the SFST was reduced from ten questions, to five (see example 3). Additionally, SDDCSS provides DV training to all new staff, and is planning to expand DV screening to the enforcement staff. The long-term impact of the DV training is that staff has adopted a greater awareness of DV and is able to more effectively assist families. Providing services to case participants who are victims of domestic violence not only illustrates that SDDCSS is an agency collectively working to improve their lifestyle, but that it truly cares about the quality of their lives and their well-being. 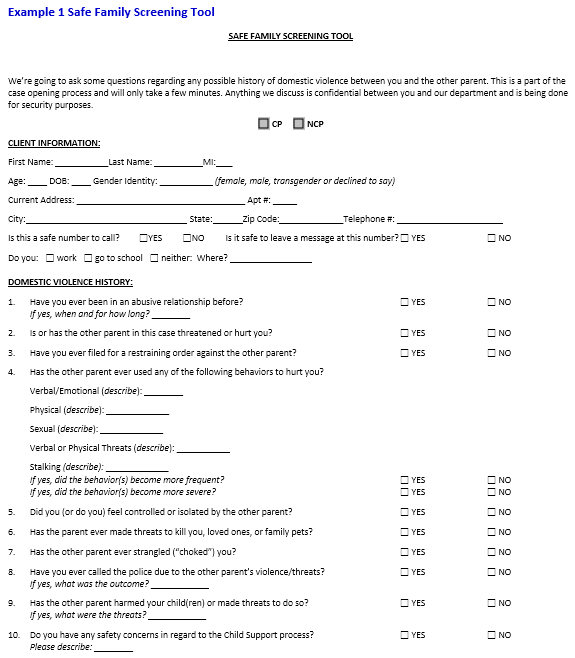 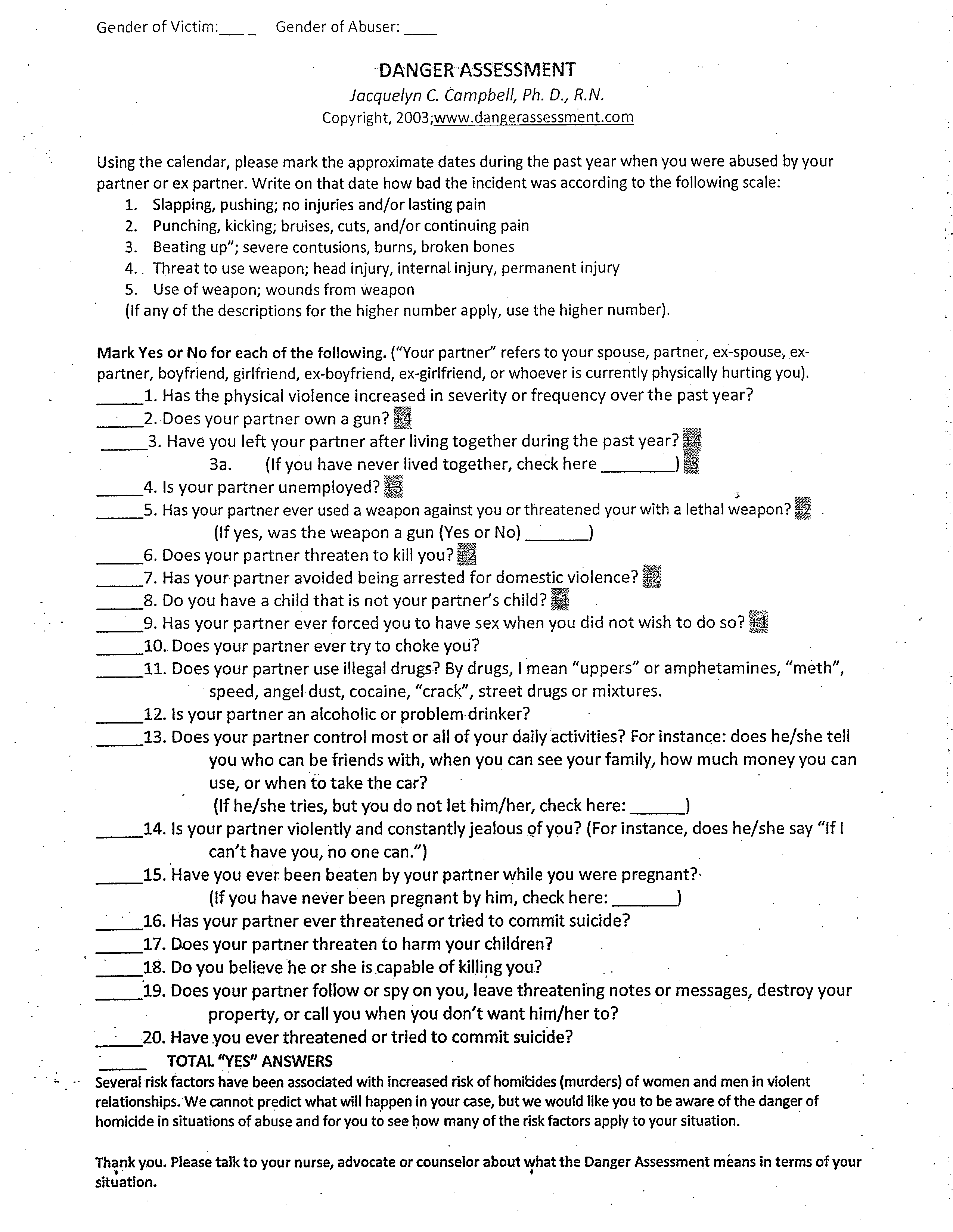