“The first misconception is that it is possible to avoid influencing people’s choices.”
– Richard H. Thaler (Winner of 2017 Nobel Prize in Economics), Nudge: Improving Decisions About Health, Wealth, and Happiness. 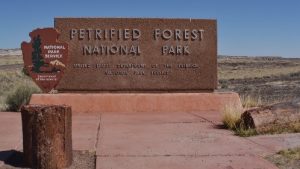 Are you the true decision-maker in your life or are you being influenced to make decisions? For the patrons of the Petrified Forest National Park in Arizona, the answer is not so easy. Visitors of this park were unintentionally damaging the natural ecosystem by taking pieces of beautiful petrified wood they passed on the ground. What they didn’t know was that the 100 million+ year old wood was an integral part of the ecosystem and by taking it, they were causing damage to the park. To combat this problem, Arizona park officials enlisted the help of world renowned social influence

guru, Robert Cialdini. He conducted an experiment and posted two alternating types of signs along the trails. One sign stressed the severity of the problem by stating, “Many past visitors have removed the petrified wood from the park, changing the natural state of the petrified forest.” The other sign asked the visitors nicely by stating “Please don’t remove the petrified wood from the park, to preserve the natural state of the park.” Cialdini predicted that the signs which asked nicely would be more effective. The experiment confirmed his prediction; the sign that said “please” received better results. A simple please persuaded more people than a more detailed explanation. Although both signs had the same goal, small changes in the signs made a big difference in decision making of the visitors. This begs the question, did the patrons choose or did the sign choose?

This question is not meant to scare you. I ask it to illuminate

the fact that we are constantly being influenced whether we know it or not. Understanding and utilizing these influences are the central points of behavioral economics. As the Behavioral Economics Coordinator for our department, I along with 13 other taskforce members have been tasked with researching and coordinating the implementation of behavioral economic strategies within our department. This year our focus is on communications. We plan to review all our internally generated letters, emails, and phone call scripts, and apply small changes that then trigger a behavioral change for our customers.

The plan of action has been set up in four main parts. 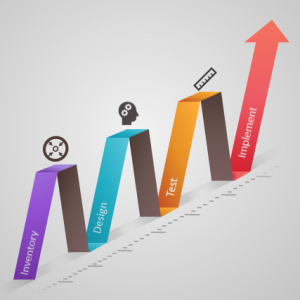 I am optimistic about the return on investment this project will generate. We can compare the Behavioral Economics Taskforce (BET) to other similar teams and their projects implemented around the world. The Behavioral Insights Team in the United Kingdom’s Cabinet Office was tasked with implementing behavioral economics within public policy in the United Kingdom. One trial they conducted was a review of a letter campaign sent to tens of thousands of citizens who were late to paying their taxes. By simply adding one sentence to the letter the Behavioral Insights Team achieved an improved response rate of 5%. Although being a marginal increase in overall response rate, the cost of adding just one sentence to a letter already in use is minuscule and thus yielded a substantial return on their investment.

The Behavioral Insights Team also improved tax collection rates by making it easier for individuals to pay. In this study, the team adjusted the link on the tax collector’s website to direct tax payers to the specific form they were required to complete rather than the web page that included the form. The result was an increase of more than 4%. Again, although the results were marginal, it was incredibly valuable as the cost of such a change is tiny.

Like the previously stated studies, we plan to see a marginal increase in overall response rates to the communications we are reviewing at a substantially low cost. This will prove to provide a considerable return on investment and create a guideline the department can use for all future communications.

Moving forward, the main goal of the BET is to help people. In the past, I have seen it repeatedly, everyday people making decisions that are not in their best interest. Much like those hikers, unintentionally damaging their future. Our aim is for a small change in wording to have a big effect on their future.