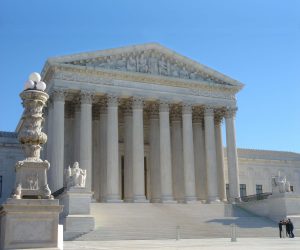 Did you know that our CSDA Appellate Committee participates on the State’s Appellate Advisory Committee to make recommendations on whether to appeal/writ trial court decisions? We also review appellate decisions to determine whether we should ask for a case to be published or depublished in the Official Reports of the court.  Before making such a request, we consider and discuss the statewide implications of the appellate opinion, and if we decide to move forward, the CSDA Board is contacted to vote on that action.

Recently, our Committee discussed a partially published appellate decision, IRMO Wilson (2016) 4 Cal.App.5th 1011, that could be misinterpreted and potentially complicate our child support enforcement efforts. In the published portion of the Wilson decision, the court held that its equitable authority may be extended to deny enforcement of arrears in a particular situation.  The case involved a fact scenario where, during the period of arrears accumulation, the obligor’s parent (child’s grandparent) had physical custody of the child and thus, the court ruled, the obligor’s child support obligation may have been discharged.  Prior case law held that a parent may discharge their child support obligation when the child is living with them; thus, the court could deny enforcement of arrears accrued during that period (see Jackson v. Jackson (1975) 51 Cal.App.3d 363; sometimes referred to as an equitable offset or Jackson credits).

The Appellate Committee took no position on the court’s extension of its equitable authority in this case. However, the facts were so unusual and peculiar, concerns were expressed that the court’s holding may be misinterpreted to go beyond what was intended by the court.  The Committee submitted a letter to the Supreme Court requesting depublication; unfortunately, the request was not granted.  The published portion of the case remains citable at this time.

You can read more about the details of this case and others in the California Attorney General’s Family Support News, Fall 2016 issue, Vol. 19, No.3.

Additionally, based upon some of the recurring issues identified in other cases reviewed, the following “practice pointers” may be helpful:

If you have any questions about the cases or issues discussed in this article, feel free to contact Robert Lafer at rob.lafer@sdcounty.ca.gov.