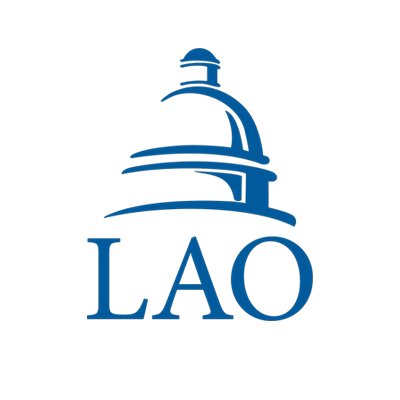 The LAO is not primarily concerned with return on investment of the State’s expenditures but is rather known for providing expert advice and focusing on finding cost effective and efficient solutions to some of the State’s biggest social needs. In general terms, the LAO is an analytical resource to the Legislature. It was the first such government entity in the United States and like many things that start in California, other states soon formed their own similar offices including the nonpartisan Congressional Budget Office in 1974.

The LAO has a staff of 43 analysts and about 13 support staff and is overseen by the Joint Legislative Budget Committee (JLBC), a 16-member committee of the Legislature. The analysts are generally assigned to four topic areas that include Corrections, Environment, and Transportation; State and Local Finance; Education; and Health and Human Services. The Child Support program falls under Health and Human Services.

Each year the LAO carefully analyses the annual budget as proposed by the Governor in January and as revised in May. That detailed review is published in February and aids in rich budget discussions within the Legislature on how best to allocate the State’s limited fiscal resources.

Two analysts assigned to the Child Support Program under Health and Human Services: Ginni Bella-Navarre and Jackie Barocio are preparing to write a Program Review of Child Support. They, and likely one or two other LAO analysts, will be visiting a dozen or so Local Child Support Agencies to learn more about the current workings and operational needs of local Child Support. Those visits will inform their understanding of the financial resource needs of local programs and how the State’s money along with the Federal Financial participation is used to provide effective services.

The LAO also reviews budget requests from the administration after it has been enacted. The Office reviews Initiatives and Ballot Measures to estimate the fiscal effect of proposed initiatives and prepares analyses of all measures that eventually qualify for a statewide ballot. And the LAO also forecasts the state revenues and expenditures.